Jutanugarn in contention at Manulife Classic 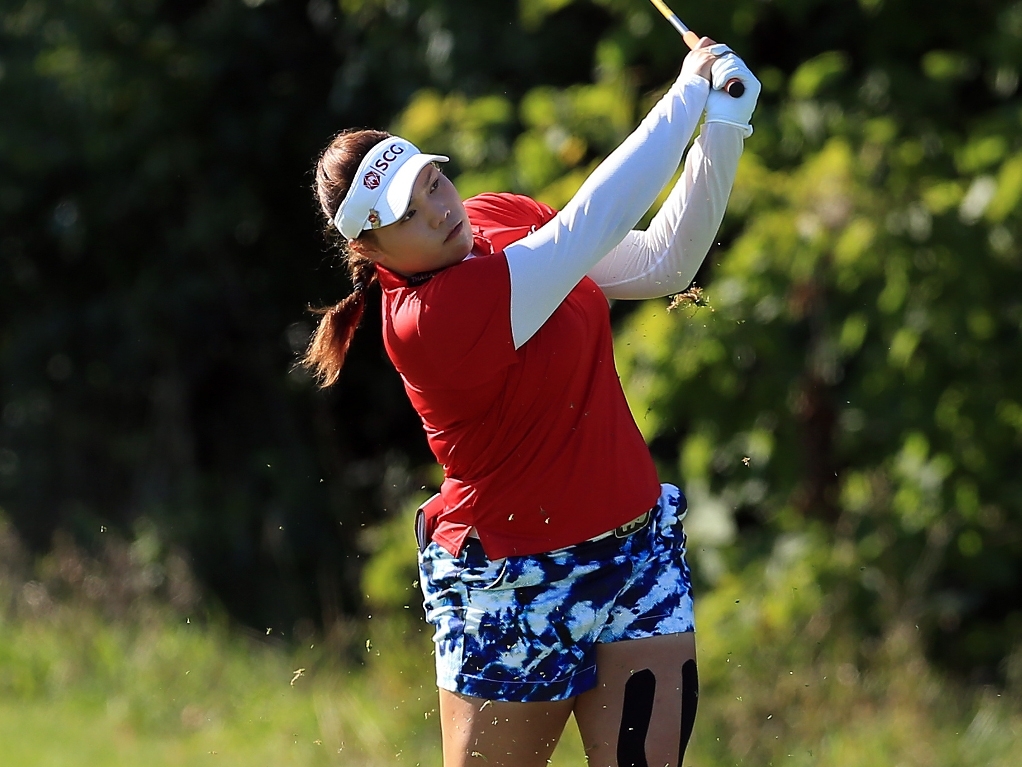 World number two Ariya Jutanugarn fired a third-round 66 on Saturday to move into the running for a third straight LPGA title.

The Thai ace is looking to win three consecutive events for the second time this season, and moved to two shots off the pace heading into the final round at the LPGA Manulife Classic.

Jutanugarn, who is joined on 12 under by compatriot P.K. Kongkraphan (69), is a shot back from Hjo Joo Kim, with Mi Hyang Lee leading the way on 14 under.

Lee, who began the day two shots off the lead, fired a 6-under-par 66 to move clear at the front of the field. A hot putter was to thank for the South Koreans four birdies and an eagle.

Kim is hoping to add to the Pure Silk-Bahamas LPGA Classic title she won earlier this year, and a round of 68 leaves her well placed to do so.

The round of the day went to world number one Lydia Ko though, with the New Zealander firing a bogey-free 64 to move into a tie for seventh at 10 under.

Overnight leader Marina Alex struggled on Saturday, with a round of 73 seeing the American drop back to nine under.