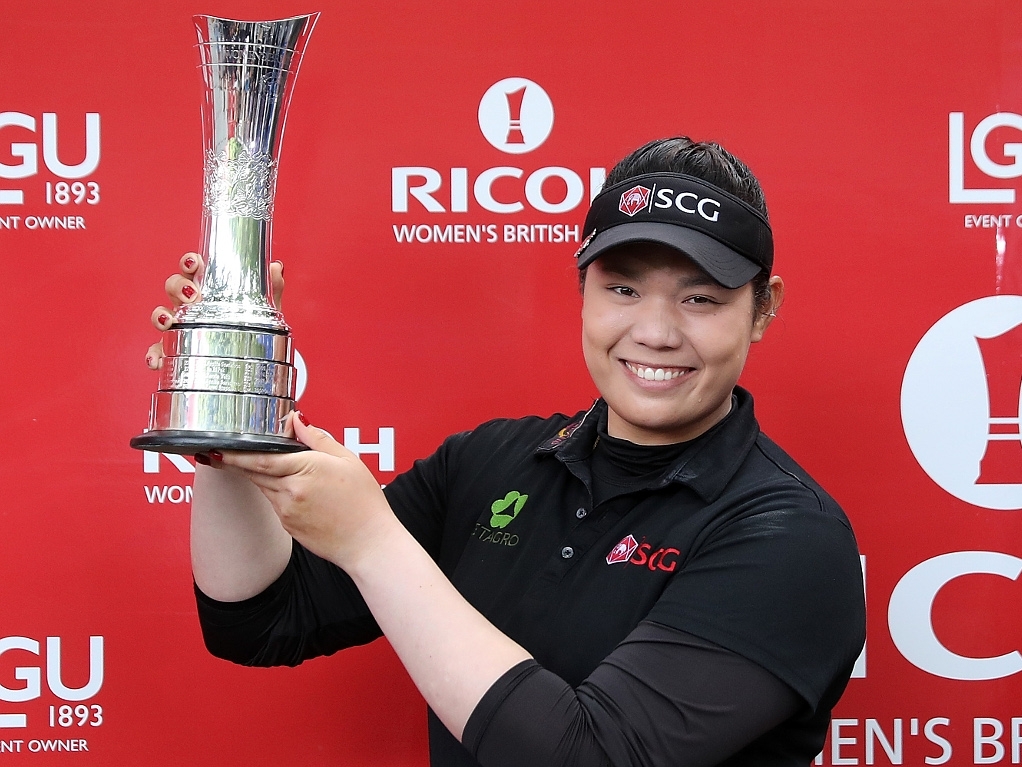 Ariya Jutanugarn captured her first major title at the Ricoh Women's British Open as she beat the chasing pack by three shots.

Jutanugarn stormed to 16-under-par through three rounds at Woburn Golf and Country Club however she tightened up on the final day to shoot a flat 72 that was just enough for her to become Thailand's first ever major champion of either gender.

The Open scoring record was set by Karen Stupples in 2004 at Sunningdale Golf Club when she won with a 19 under final tally. Many believed that Jutanugarn would beat that score.

And after birdies at the second and sixth hole, it seemed a near certainty.

However, the enormity of the occasion began to take it's toll on the 20-year-old as she bogeyed the ninth and then double-bogeyed the 13th. At that stage she led by one shot only.

Jutanugarn showed superb composure to string together three pars after the horror show at 13 and then ensured she held a two-shot lead standing on the 18th tee box after she drained a 20-foot birdie putt at 17.

A solid par at 18 gifted her the title.

Lee and Mo Martin finished in second at 13 under, three shots off the pace.