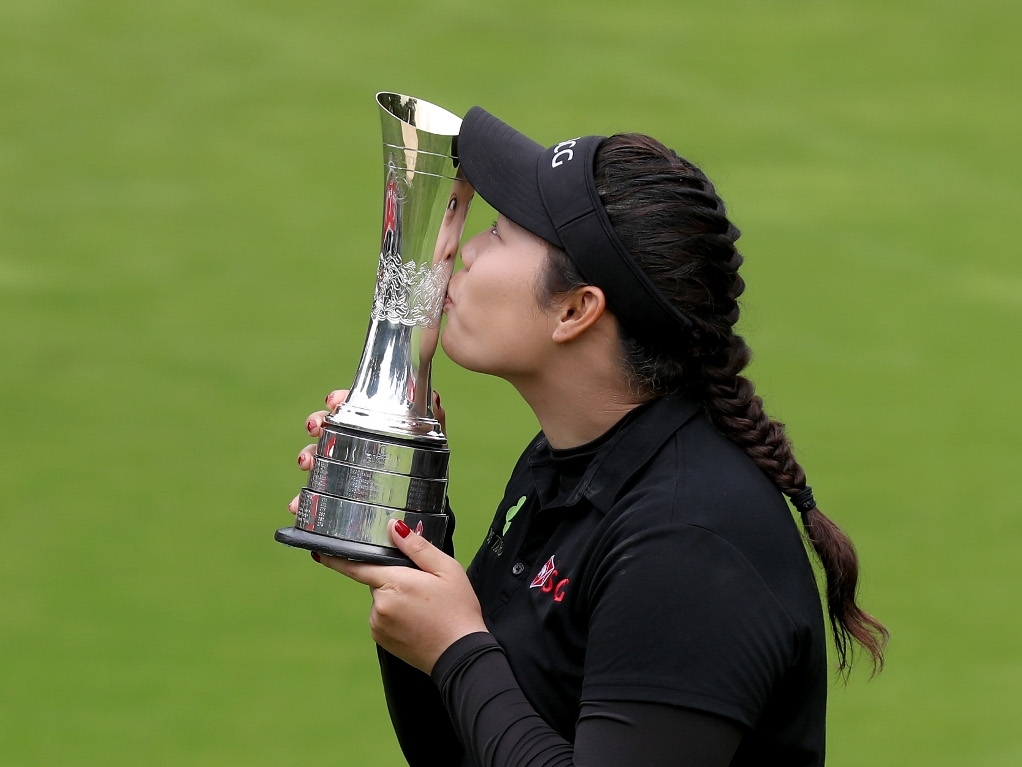 Ariya Jutanugarn etched her name in the history books on Sunday as she became the first Thai golfer to win a major when she triumphed at the Women's British Open.

Jutanugarn held off stiff competition from South Korea’s Mirim Lee to win by three strokes at the Woburn Golf Club and claim her fourth LPGA Tour title of the year.

After looking unflappable, the 20-year-old was given a scare at the par-four 13th when she made a double bogey, which allowed Lee to close the gap to one stroke.

Jutanugarn bounced back quickly though with a birdie at the 17th before sealing her victory with a par at the 18th.

"I think I got mad after that hole," Jutanugarn told reporters of her double bogey. "My caddie helped me a lot. He tried to calm me down, slow me down. And after I make double, my fairway iron so good. I went — I have more confidence because I commit and it come out really good."

Jutanugarn admitted that she was glad her mother, Narumon, was in attendance to watch her achieve her historical feat and added that she hopes her win on Sunday will encourage more people in Thailand to take up the sport.

"My mother cried at the end," Jutanugarn said. "She said 'thank you', and that made my day.

“It feels great. My goal was to win a major so I am really proud of myself. I think this is very important for me and for Thai golf. I hope it inspires other Thai golfers.”

Jutanugarn revealed that she was glad avoid a repeat of what happened at the ANA Inspiration in March, where she bogeyed her last three holes to miss out on the title.

“The thing I learnt after ANA was to deal with being nervous by staying patient and focused on my shots,” she said.

Having accomplished her dream of winning a major title, Jutanugarn will head to the Olympics in Rio de Janeiro full of confidence and with the belief that winning a gold medal will definitely be more of a reality than a dream.

“Now I have two weeks to rest and practice,” she said. “I am really excited for Rio and to play really well."