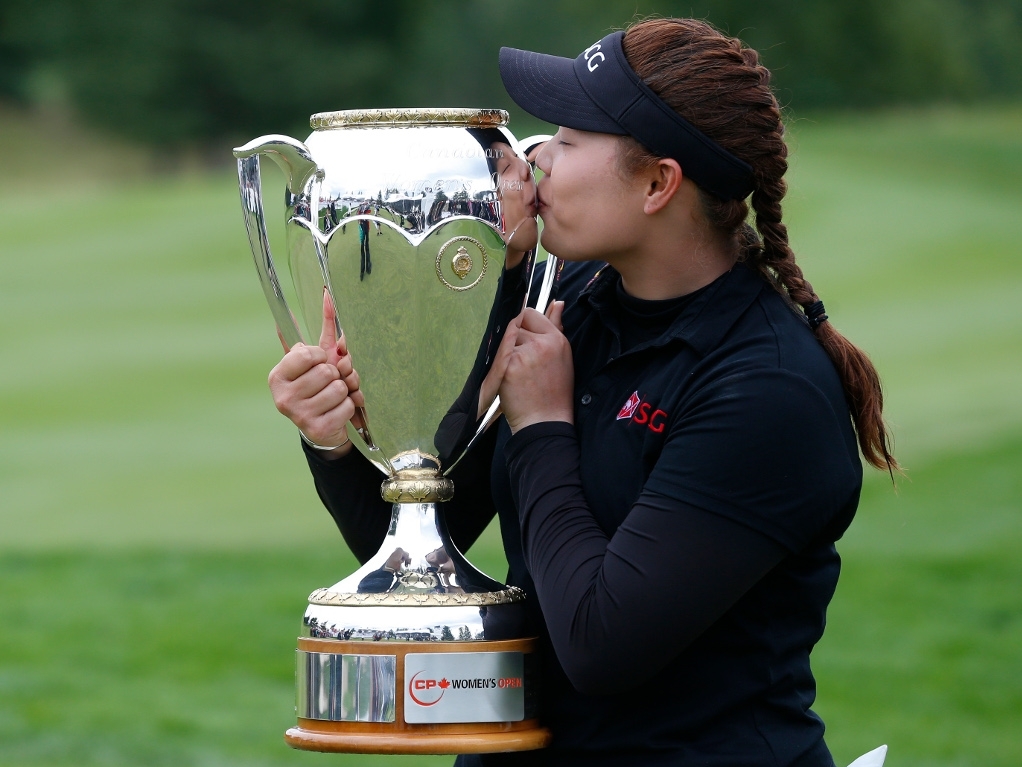 Ariya Jutanugarn claimed her fifth LPGA Tour title of the year after winning the Canadian Pacific Women’s Open by four strokes on Sunday.

Prior to the tournament, the Thailand native had won three consecutive tournaments in May and also clinched her first major title at the Ricoh Women’s British Open in July.

Jutanugarn, who carded a six-under-par 66 and finished on 23-under, was well ahead of her closest competitor Sei Young Kim, who ended the tournament in second on 19-under.

In Gee Chun was third on 18-under, Alena Sharp was fourth on 16-under and world number one and defending champion Lydia Ko finished in a tie for seventh on 13-under.

Jutanugarn’s near flawless performance continued as she began her round with three birdies and a bogey on the front nine. The 20-year-old shifted her game to the next level on the back nine as she recorded four birdies to waltz her way to a convincing win.

Meanwhile, Ko registered a three-under-par 69 on Sunday and started her round with a trio of birdies on the front nine. She was unable to maintain her momentum though as she made a birdie and a bogey on the back nine.