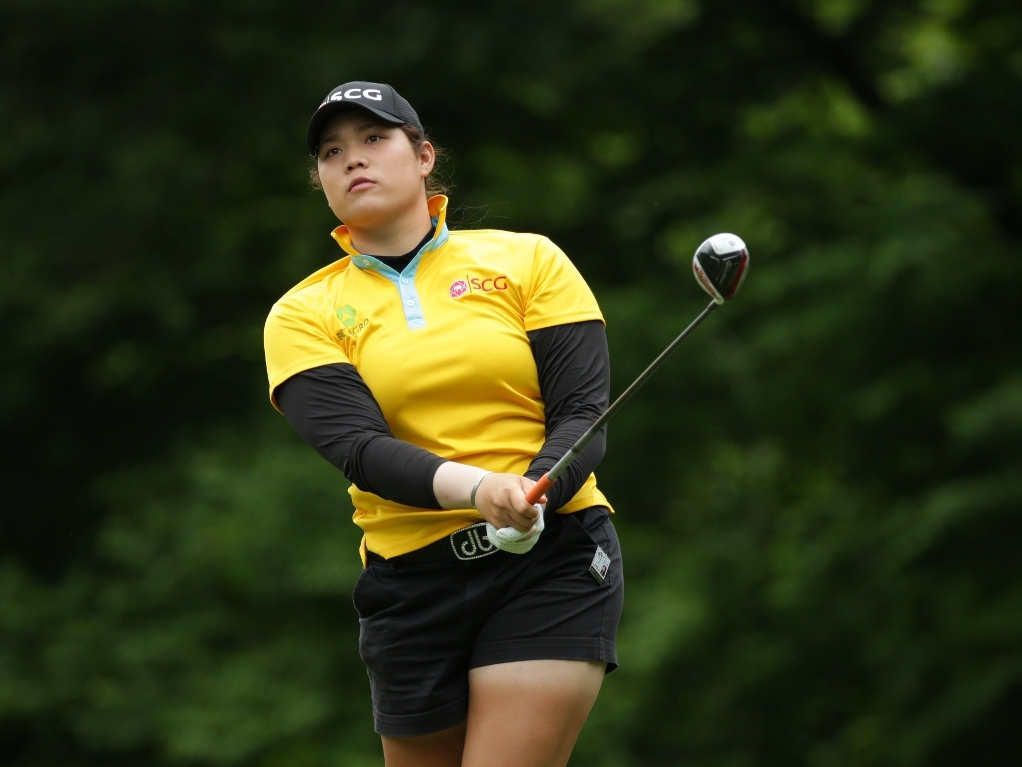 Ariya Jutanugarn holds a one-shot lead at the Kingsmill Championship after she fired a six-under-par 65 on Saturday.

Jutanugarn, who is on 10-under, is ahead of overnight leader So Yeon Ryu, In Gee Chun and Thai compatriot Pornanong Phatlum as they are all in a tie for second on nine-under.

Laetitia Beck, Minjee Lee and Amy Yang are in a tie for fifth on eight-under, while world number one Lydia Ko is six strokes adrift of the lead in a tie for 24th.

Jutanugarn, who is on track to win her second consecutive LPGA Tour event after triumphing at the Yokohama Tire LPGA Classic, was in impressive form on Saturday as she began her round with successive birdies at the third and fourth before following it up with one more at the sixth. She maintained her momentum heading into the back nine as she made three more birdies to complete a bogey-free round and put herself in a good position heading into the final round.

Ryu, who held a one-shot lead after the second round on Friday, fell down into a tie for second after carding a two-under-par 69, which began with her making a duo of birdies on the front nine. The South Korean seemed on track for a bogey-free round when she began the back nine with a birdie at the 12th, but she stumbled at the 18th and subsequently failed to share the lead with Jutanugarn.

Chun rocketed up the leaderboard on Saturday following her incredible round of 62, which saw her make three birdies on her front nine. She shifted her game to the next level on her back nine as she made six consecutive birdies from the fourth to ninth.

Phatlum, who recorded a 65, kicked off her round with four birdies and a bogey on the front nine before proceeding to make a hat-trick of birdies on the back nine from the 15th to 17th.

Meanwhile, Ko, who registered a 68 for the second successive round, started on a quiet note as she made just one birdie on the front nine. She made two more on the back nine to cap off a bogey-free round, but it still leaves her well behind Jutanugarn.