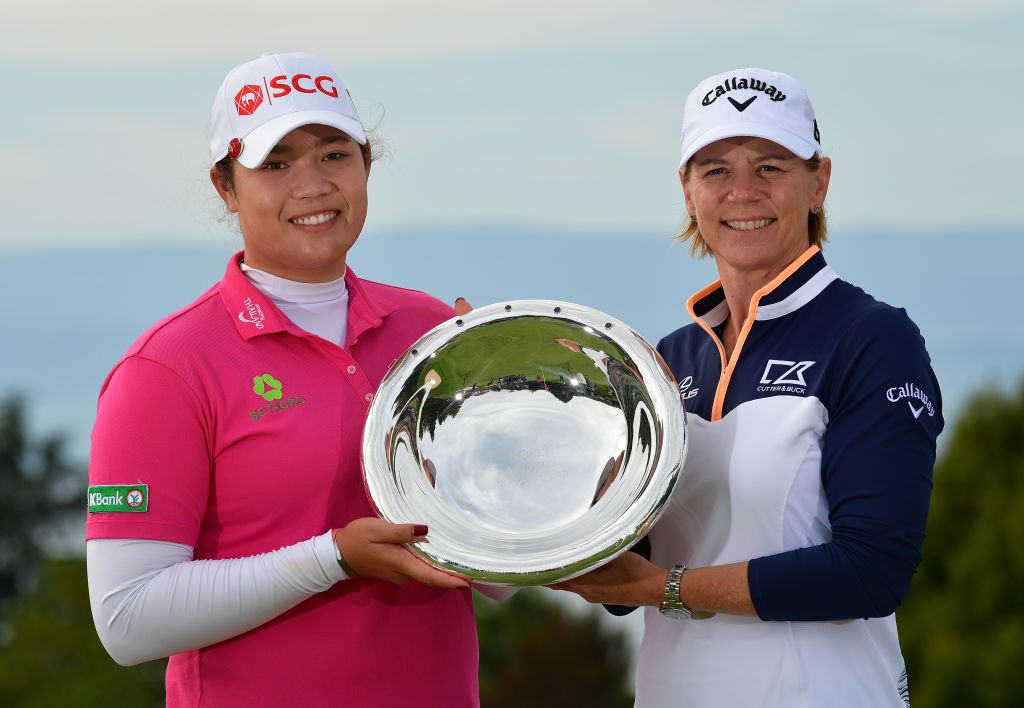 Ariya Jutanugarn on Sunday won the 2018 Rolex ANNIKA Major Award for her outstanding record in majors during the 2018 LPGA Tour season.

The Thai star picked up the award thanks to her first place at the US Women’s Open, her second career major championship, and tied fourth place finishes at the ANA Inspiration and the Women’s British Open.

She was awarded the prize in a ceremony on the 18th green following the conclusion of the season’s final major, The Evian Championship in France.

Six players were in contention for the award heading into the tournament, but a 36th-place finish at Evian-les-Bains was enough for Jutanugarn as none of the others finished high enough to overhaul her points total.

"It's just like my dream come true." @jutanugarn captures the 2018 #RolexAnnikaMajorAward in recognition of her solid performance in this season's major championships! pic.twitter.com/n4JUIY62cc

“I feel great, I feel really honor to join the list of winners because of all the big names,” said Ariya. “I watch Annika [Sorenstam] since I was young. She is my idol as always. I’m really like, ‘Look how she is doing?’ And I really want to follow her footsteps. She inspire me a lot. And I really want to thank her for like all the great everything for the LPGA. It’s amazing for me.”

“I’m pretty happy about the way I played this season,” she said.  “I still have a lot of thing to improve and I really want to improve a lot. I didn’t expect to be like this good before, so everything is just good for me.”