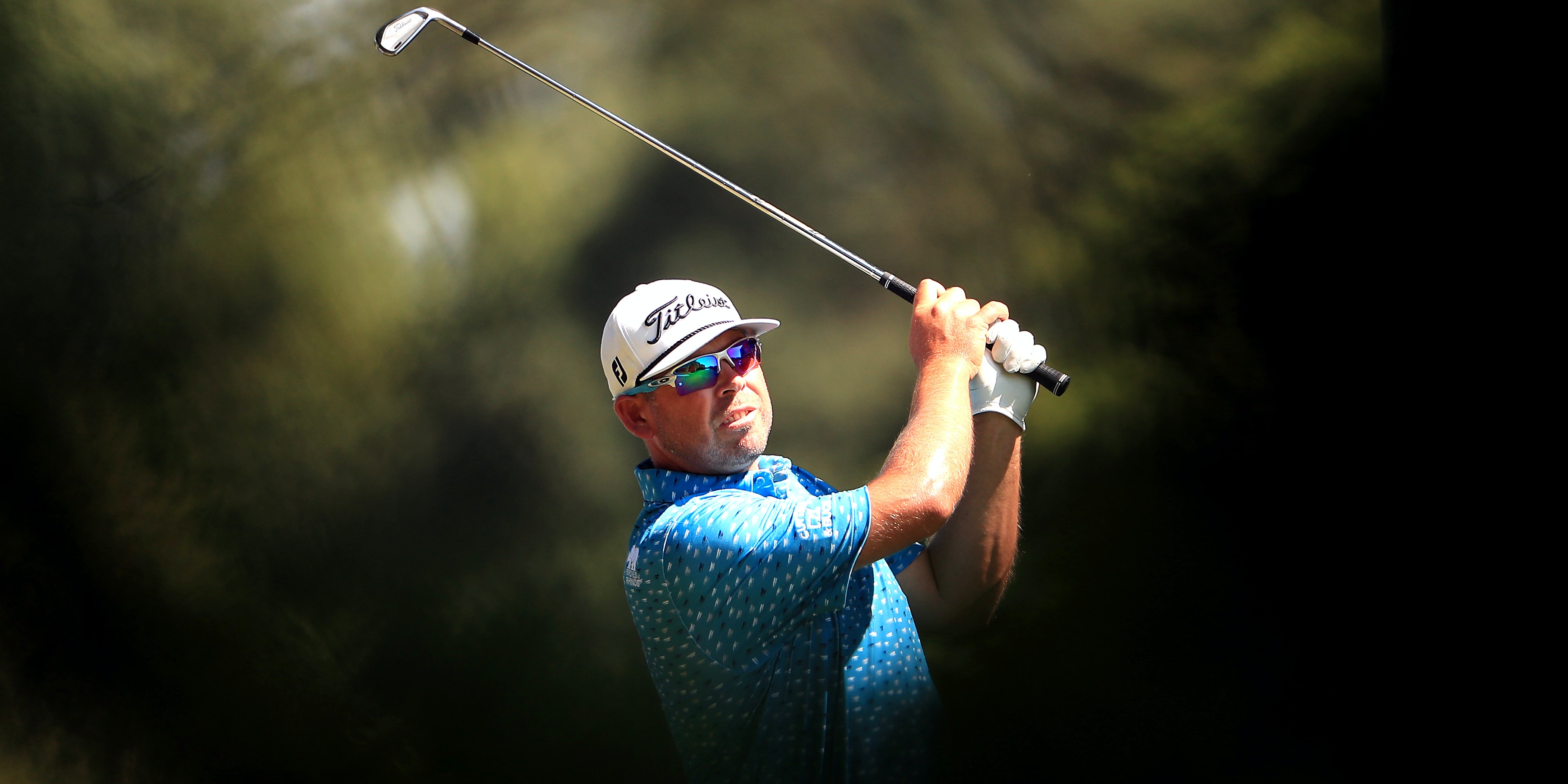 South Africa’s Justin Walters set an imposing clubhouse target before play was suspended in the ISPS Handa UK Championship at The Belfry.

Walters carded six birdies and chipped in for an eagle on the 15th to card a superb eight-under-par 64, which was completed just as heavy rain began to fall on the former Ryder Cup venue.

That rain eventually led to play being halted due to flooding shortly after 2pm, with Walters enjoying a three-shot lead over Bernd Wiesberger, Joel Sjoholm, Scott Vincent and Benjamin Hebert.

“Any situation when you shoot 64 you’re smiling aren’t you?” Walters told Sky Sports. “I wasn’t smiling with a couple of holes to go though because I started to get really wet, but I wouldn’t want to be out there now facing another 18 holes in this weather.”

Walters had missed four cuts in five events on the European Tour’s UK Swing since golf returned from the coronavirus shutdown and feared he may have “peaked” during the pandemic.

“During the lockdown I was in North Carolina and I didn’t have to face any golf courses being closed, I could practice as normal,” the world number 393 added.

“I played a few mini tour events and played a fair amount of golf and actually played really good golf, so I almost feel like I peaked during lockdown.

“I came back out here and I was confident, I felt like I was going to have a good run and missed three cuts by one, made one cut and didn’t finish very high with that.

“It’s been really disappointing to say the least but that’s golf, every time you expect something from it, it shows you otherwise.

“I just changed my outlook a bit and freed it up, just accepting what happens. I felt like I was swinging really well and getting nothing out of it and when that happens you start to get a bit grumpy, expecting too much out of yourself.

“The little things were starting to annoying me and I thought you know what, it’s a beautiful day – well it was earlier – just go and play and see what the game brings you because you are playing well.

“A few putts started going in, a couple of good breaks where I hit a bad shot and got away with it and that’s been lacking. To result in a 64, I’m ecstatic.”

Wiesberger was one of a number of players to fall foul of the difficult 18th as the weather deteriorated, the world number 30 dropping his only shot of the day on the last in his 67.

“I would have taken the score beforehand, (but) I had phases out there where everything kind of went my way and I was scoring easily and the last four holes it kind of broke off and felt like I lost four shots on the field,” Wiesberger said.

“I’m coming off the course and not quite that happy, but all in all I’ve got to say it was a decent start.”

Ireland’s Brendan Lawlor, who is one of the world’s top disabled golfers, was one under par after three holes of his European Tour debut before eventually signing for an 84.

The 22-year-old, who is currently fourth in the World Rankings for Golfers with
Disability, has a rare condition called Ellis-van Creveld syndrome, a disability
characterised by a shorter stature and shorter limbs.