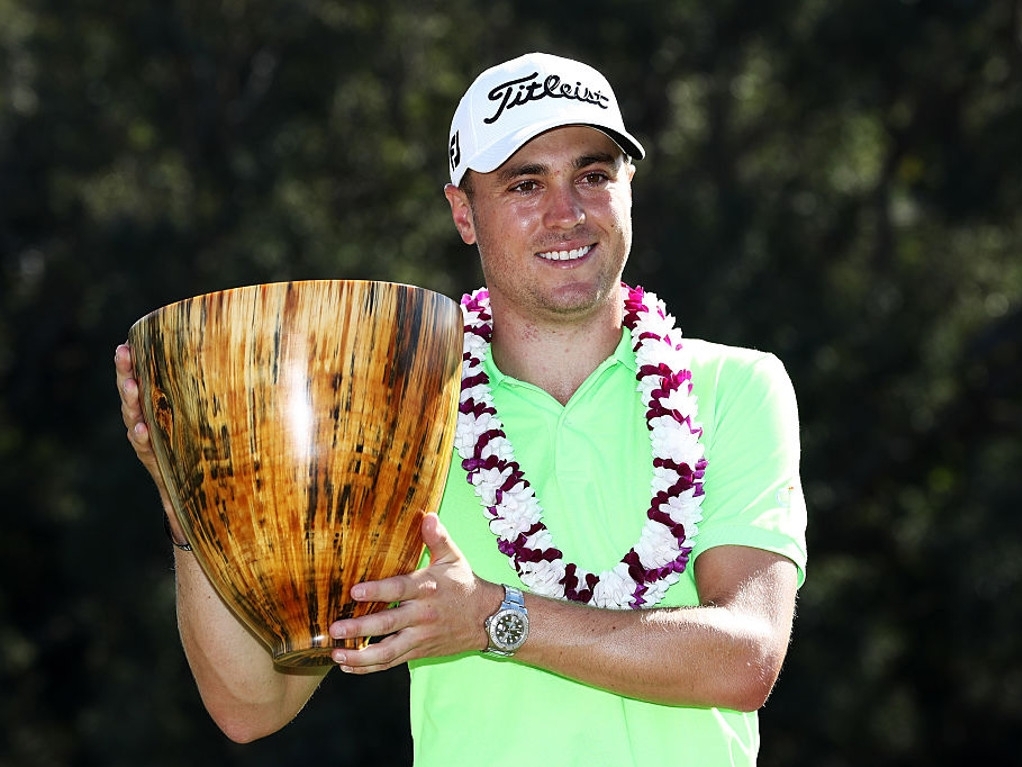 Justin Thomas won his third PGA Tour title in Hawaii on Sunday after holding off a challenge by Hideki Matsuyama to win the Tournament of Champions.

The 23-year-old American held on to finish on 22-under par and take his first win in his home country despite hitting a double bogey on the 15th.

Thomas, who shot three rounds of 67 to hold the lead going into the final round, had a five-stroke advantage over the Japanese star on the 14th, but Matsuyama holed a spectacular shot for eagle to cut Thomas’ advantage to three shots.

Thomas responded by hitting a perfect drive in the center of the fairway on the par-5 15th – but his next shot was horrible. Thomas hit an iron way left of the green and into a hazard, forcing him into a drop. He eventually holed out for a double-bogey seven, while Matsuyama grabbed a par that cut Thomas’ lead to one.

Both made par on the 16th, but Thomas pulled away on the 549-yard par-4 17th to seal the win. From just over 200 yards, he nailed an iron to within a few feet for a birdie and heaped the pressure back on Matsuyama.

Matsuyama’s approach left him around 25 feet away, but he three-putted to effectively end his challenge, finishing three shots back on 19 under.

Former Masters and US Open champ Jordan Spieth finished a further three shots back in a tie for third place with Americans Pat Perez and Ryan Moore.

Reigning US Open champion Dustin Johnson finished tied for sixth at 15-under par.