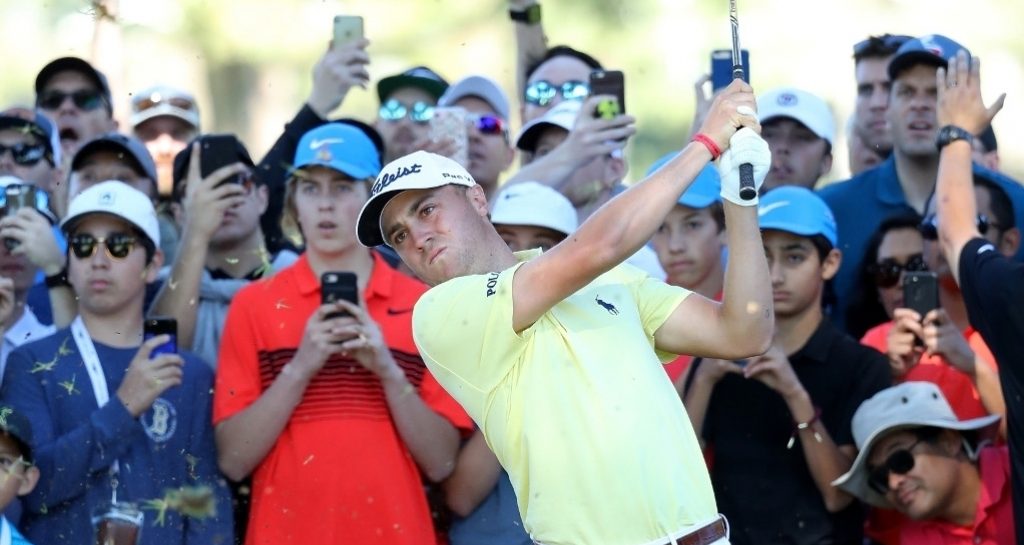 PGA Tour spectators tend to be a lot more boisterous than ones from other countries, and Justin Thomas admits he is getting fed up.

It seems a lot of fans across the pond love shouting things at players after they complete their shots (and sometimes before). It's not uncommon to hear cries of 'get in the hole', 'mashed potato' and 'light the candle', and Thomas doesn't appreciate it.

During the recent Genesis Open, the young American said fans were getting out of hand.

“It was pretty wild this first couple days. It was all right for a little bit today, but there at the end it got a little out of hand,” he said.

“I guess it’s a part of it now, unfortunately. I wish it wasn’t. I wish people didn’t think it was so amusing to yell and all that stuff while we’re trying to hit shots and play.

“It might be funny to them, and obviously people think of it differently and I could just be overreacting.

“But when people are now starting to time it wrong and get in people’s swings, is just completely unacceptable really.

“We’re out here playing for a lot of money, a lot of points, and a lot of things can happen.

“And you would just hate to have, hate to see in the future something happen down the line because of something like that.”