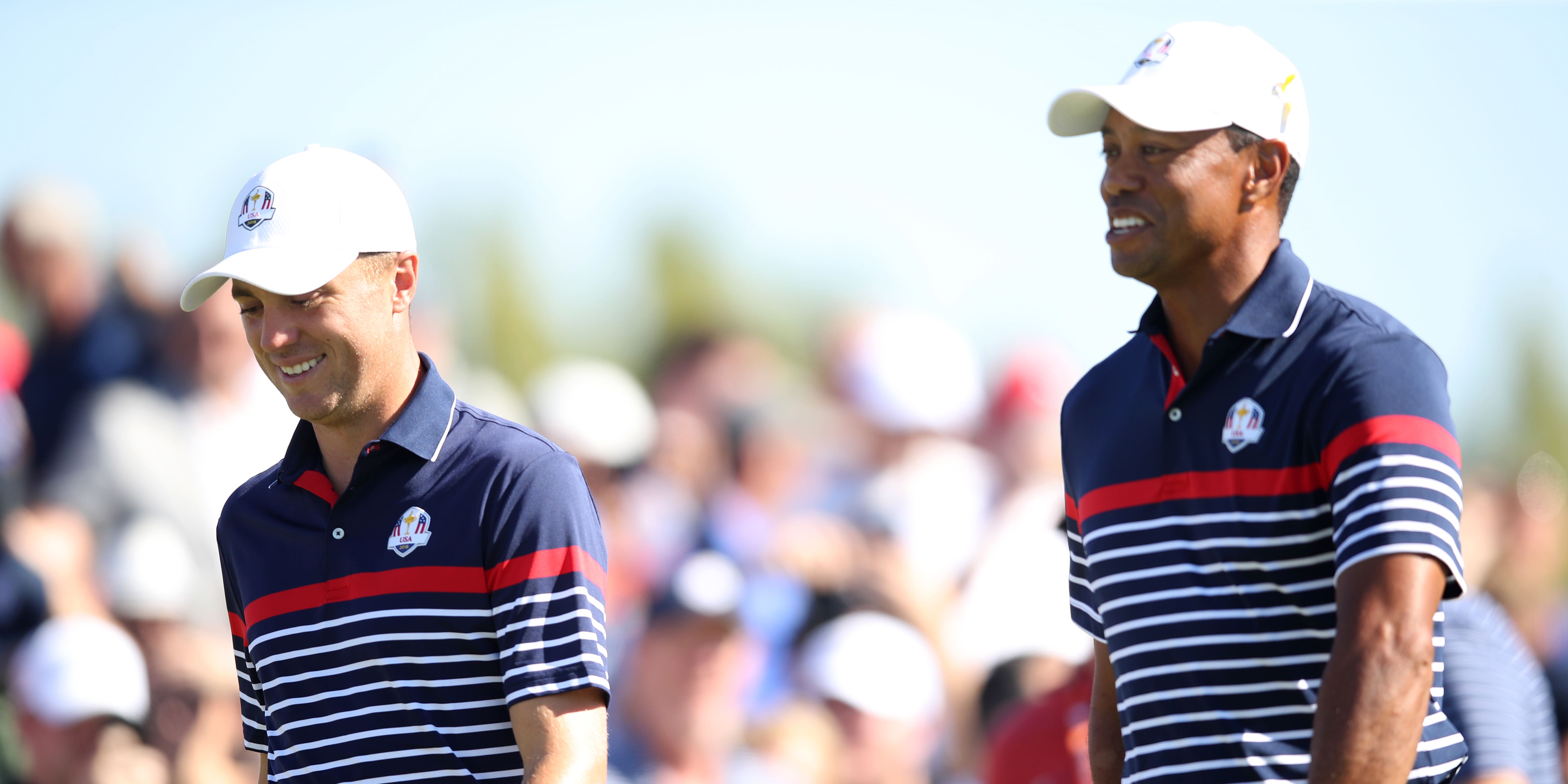 World number two Justin Thomas has revealed how much Tiger Woods is missing being part of the action in the 85th Masters.

Woods is recovering at home after undergoing surgery on open fractures to his lower right leg and further injuries to his foot and ankle following a single-vehicle crash in Los Angeles on February 23.

The 45-year-old claimed an emotional fifth green jacket in 2019 but has not travelled to Augusta National to attend Tuesday evening’s Champions Dinner.

Asked what he missed most about the absence of his good friend Woods, Thomas said: “Playing the practice rounds with him for sure. We texted Friday morning and he said it’s kind of starting to set in. He’s bummed he’s not here playing practice rounds with us, and we hate it, too.

“I’m very, very lucky that I somehow got thrown into that practice round group with Tiger and Freddie (Couples) the last four years or whatever it is, especially around this place. I just follow them around like puppy dogs.

Thomas admits he has had to try to block out all the gossip and speculation surrounding Woods since the accident, but has spent time with the 15-time major winner at his home in Florida and offered to help in any way he can.

“I remember when I was out a month and a half for my wrist (injury) and I remember the people that reached out to me and checked on me, see how I was doing,” said Thomas, who won the Players Championship in March.

“That’s just what I want to do for him, is just be like, dude, I’ll do anything you want. If you need me to help out with your kids, I can do that. If you’re craving McDonald’s and you want me to bring it over, I’m here for you and I’ll help out however I can.

“It’s been good just to go hang out with him. We are fortunate with the basketball to just hang out and watch sports like we would any normal time.”

Thomas shared the halfway lead in November’s Masters and went on to finish fourth, but admits he needs to temper his desperation to win a green jacket and double his major tally.

“It’s hurt me in other majors, not just here, but it’s the (fact I) want to win so bad,” the 2017 US PGA Championship winner added. “I feel like this place is so good for me.

“I’m doing the same preparation that I do in other majors and for this event, and for some reason everybody wants to win it a little bit more, and I definitely got sucked into that.

“But hopefully at the almost age of 28 now, I’ve matured a little bit and understand if and when it’s my time, it will happen.”