How Justin Thomas rose to glory at the PGA Championship 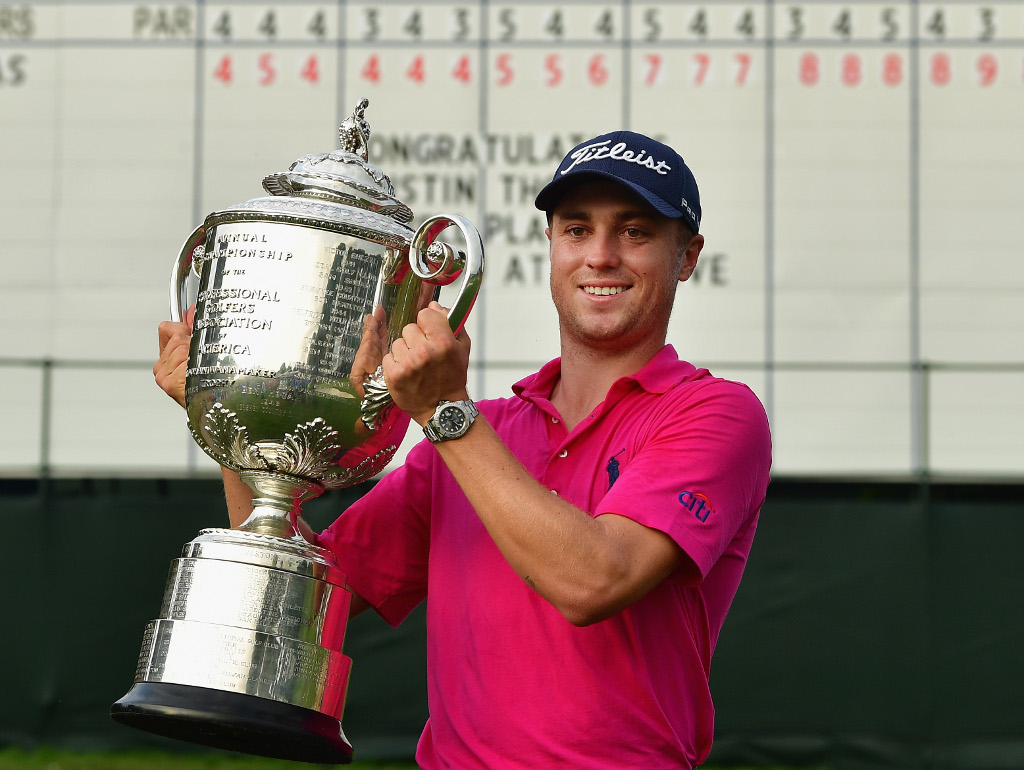 It is a dream come true for Justin Thomas after winning the 2017 PGA championship, triumphing over many other worthy golfers.

HIs big major breakthrough came courtesy of an exceptional performance all the way. Patience, confidence, experience and the right attitude from his experience at the US Open in June played a huge role for Thomas in winning the PGA Championship.

It was his 1st major title

It was the best moment for the young American professional golfer to win his first major championship. His father was in attendance and he later went on to celebrate with the golf legend Tiger Woods. It was certainly the best moment of Thomas’ career. His dad had always been a huge inspiration to him so it was fitting he was there to help Thomas celebrate.

Winning a major title at that age means a lot in the golfing world. It provides him with the ultimate platform to become one of the greats. Just how he will follow up his win at Quail Hollow remains to be seen, but Thomas has all the required tools to succeed.

Jealousy over other players winning

He admitted to being jealous of the US Open winner Brooks Koepka and Sergio Garcia, who won the Masters. Go to usopen-golf.com to find out how much Koepka walked away with after winning the US Open Championship. Spurred on by a desire to equal the performances of his rivals, Thomas was able to break through. His jealousy grew into determination, which would later result in major glory.

He had a good feeling about it

Thomas, after the win, explained how he told his girlfriend he had a good feeling heading into the PGA. It was a long time coming for Thomas as he had worked hard to get to this point. He had had some near misses on the PGA Tour, but he didn’t allow himself to get down about them.

Experience from the Erin Hills US Open

He had the right attitude going into the PGA Championship after finishing in the top 10 at the US Open. Rather than get disappointed at missing out on a major, Thomas took the necessary lessons from his performance and grew as a golfer. Now, the sky’s the limit for the young American.