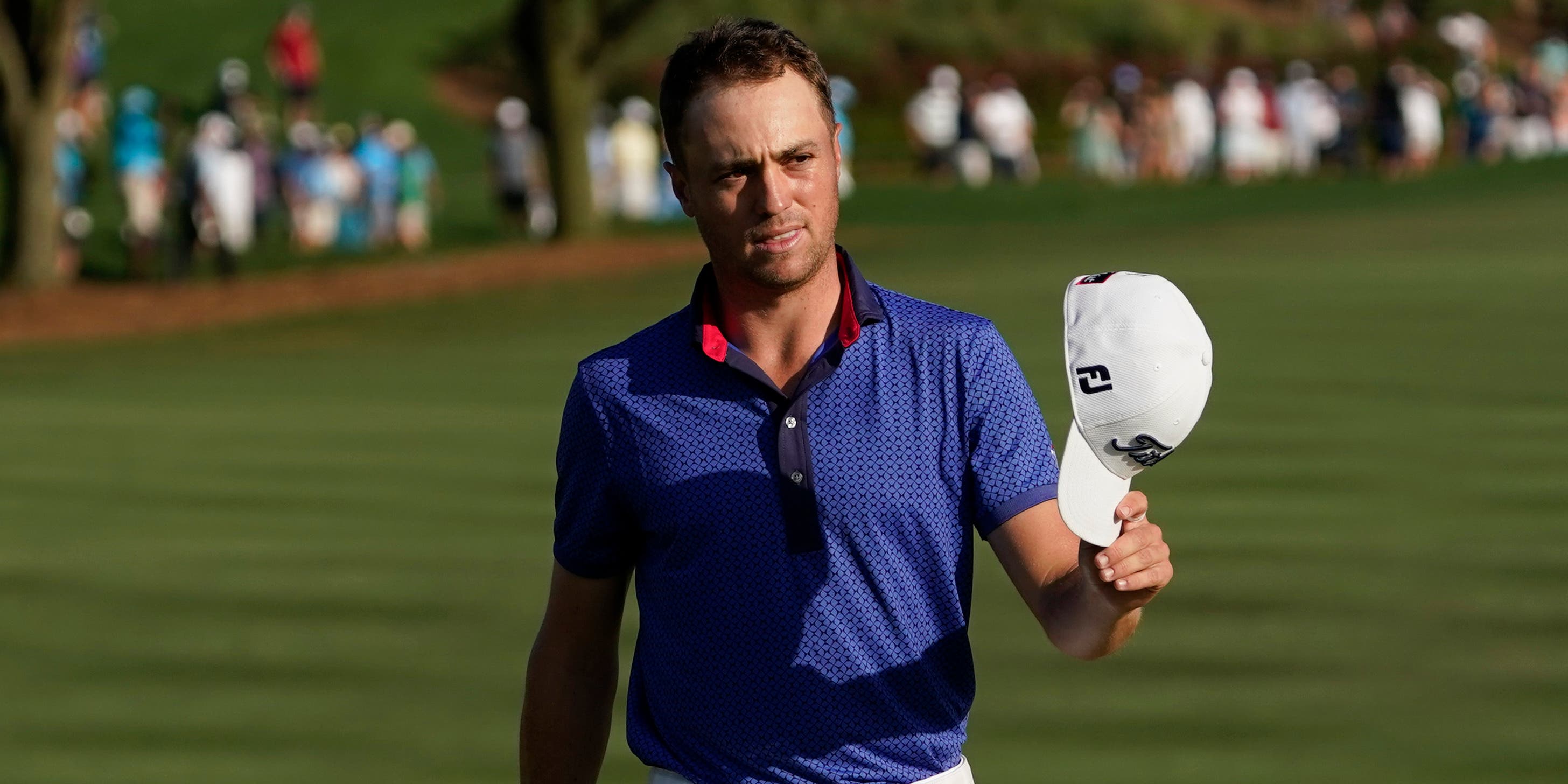 Justin Thomas produced a brilliant burst of scoring amid a near-flawless weekend of golf to win the prestigious Players Championship at TPC Sawgrass.

Thomas was seven shots off the lead after 36 holes and still three behind Lee Westwood heading into the final round, but he followed a 64 on Saturday with a 68 on Sunday to claim a 14th PGA Tour title and the GBP 1.9million first prize.

At 14 under par, Thomas won by a single shot from Westwood, who birdied the 18th to edge ahead of playing partner Bryson DeChambeau and Brian Harman, with Paul Casey and Talor Gooch another shot back.

The victory makes Thomas just the fourth player to win the Players Championship, a major championship, a World Golf Championships event and the FedEx Cup after Tiger Woods, Henrik Stenson and Rory McIlroy, who missed the cut in the defence of his title.

“It’s a lot harder than when there weren’t fans here, that’s for sure,” Thomas, who fought back tears when asked about the recent death of his grandfather, told the Golf Channel.

“I’m so happy they’re back and I’m so happy to be a Players champion. I fought so hard today, I stayed really patient, probably one of the best rounds of my life tee to green, (I had) total control of the ball.

“I was hitting a lot of good putts, just wasn’t holing anything and I stayed patient. I’ve seen some pretty crazy stuff happen on this back nine on TV in the past so I was glad to be on the better side of it this year.”

The former US PGA champion, who was dropped by sponsor Ralph Lauren after using a homophobic slur mid-round in Hawaii in January, was one over par for his round after following seven straight pars with a three-putt bogey on the eighth.

But the 27-year-old then birdied the ninth and 10th, made an eagle from 20 feet on the 11th and birdied the 12th after smashing his tee shot over the green on the driveable par four.

Thomas gave the chasing pack hope with a three-putt bogey on the 14th, the world number three missing from inside three feet for par.

And Westwood took full advantage of seeing his pulled tee shot on the same hole catch a fairway bunker and stay out of the water, a brilliant approach to eight feet setting up a birdie and giving him a share of the lead.

A two-putt birdie on the par-five 16th edged Thomas back in front and Westwood had to scramble for par on the same hole after his second shot hit a tree and dropped down into a fairway bunker.

DeChambeau had not given up the chase and an eagle on the 16th took him to within two of the lead as Thomas held his nerve to hole from five feet for par on the treacherous 17th.

Thomas’s heart would have been in his mouth as his tee shot on the 18th turned towards the water, but a favourable bounce ensured the ball stayed on dry land and with Westwood three-putting the 17th, victory was effectively assured.

Westwood, who also led after 54 holes of the Arnold Palmer Invitational last week before finishing second to DeChambeau, had the consolation of gaining more valuable points in the race to qualify for a record-equalling 11th Ryder Cup appearance.

But the 47-year-old will be disappointed with his closing 72, especially after moving three shots clear with a birdie on the first.