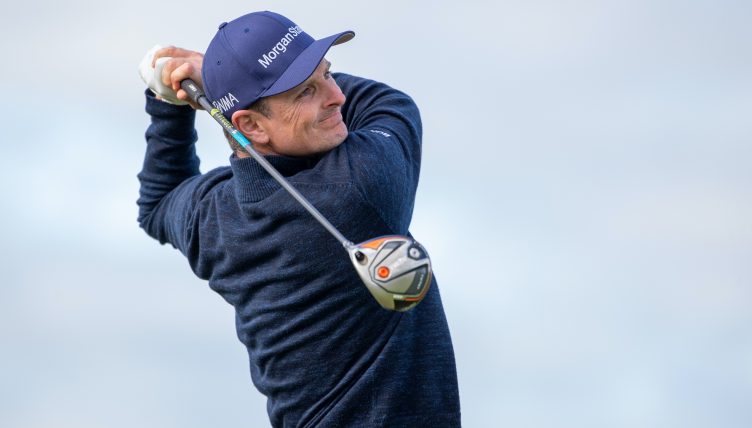 Former world number one Justin Rose admits his patience is being tested by the poor run of form which has seen him slide down the world rankings.

Rose first topped the rankings in September 2018 and has spent a total of 13 weeks at number one, most recently in April last year, but arrived at Wentworth for this week’s BMW PGA Championship at 23rd in the standings.

The 2013 US Open champion did finish ninth in the US PGA Championship but has missed the cut in five of his last seven events after splitting from coach Sean Foley in June following 11 successful years together.

“I think ultimately the decision was that I turned 40 this year and maybe I was fully grown up and ready to do more by myself, not have so much hand holding,” said Rose, who is in the process of moving back to England from the Bahamas.

“I still have Sean Foley around me, who I can consult with if I have a question. That’s the way I treat it. If I have a question, go to someone and get the relevant answer, but to take a little bit more ownership myself.

“(It) hasn’t worked out yet, but these things don’t always happen immediately. The last couple days there’s been some lightbulb moments and it’s a blend of some of the new things I’ve learned along the way and some of the old blueprints under Sean.

“You always see results on the range before you see it on the golf course, but I feel positive and motivated at the moment. I’m enjoying my golf and my practise, so you can only hope that does lead to good stuff eventually.

“Patience wise, it’s been tested for sure. It’s not fun not competing out there at the top end of the leaderboard.

“I’ve seen a couple of spells that keeps you buoyant. It’s not all been doom and gloom and I feel like I’m working on ultimately a bit of a bigger plan and prize at the end of it all.

“I’m trying to think about what’s going to move the needle in my career and for me it’s winning the right tournaments, the majors I haven’t won yet.”

Defending champion Danny Willett also comes into the event on a run of poor form, the 2016 Masters champion having missed the cut in his last five starts.

“My game has not been in an amazing place so nice to be back here and get a few nice vibes of how things went last year,” Willett said. “We’re working hard and see if we can get a little bit of form back and put up a little bit of a fight this week.”

Willett is one of 11 players in the world’s top 50 in the field at Wentworth, with Patrick Reed the only member of the top 10 competing thanks to accepting a sponsor’s invite after missing the entry deadline.

Reed was given honorary life membership of the European Tour in 2019 in recognition of his Masters victory the previous year and is currently top of the Race to Dubai, primarily due to his victory in the WGC-Mexico Championship.

“It definitely was motivated by winning the Race to Dubai,” Reed said of his decision to play at Wentworth. “When you’re in the lead, being able to come over is always nice to try to stay on top.

“I wouldn’t have felt right not coming over and supporting the European Tour. I always wanted to be a worldwide player, not just stay at home and play in the States.

“But that’s not who I am. I see myself as a guy who travels, a guy who plays worldwide, who tries to better my game, to become a more well-rounded golfer.

“It’s always been a dream of mine to win over here, win the Race to Dubai, win the FedEx Cup, win as many majors as I can, just try to collect hardware.”