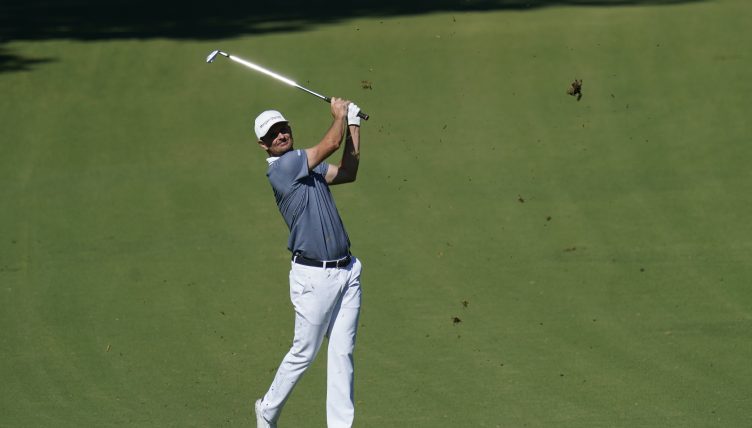 Justin Rose hit the ground running as golf returned from a three-month hiatus with the Charles Schwab Challenge on Thursday.

Rose held the clubhouse lead in Fort Worth, Texas after the early starters finished their rounds, having shot a blemish-free round of 63 in the first major tournament since the coronavirus pandemic shut down the sport.

The world number 14, starting on the back nine, birdied four of the his first seven holes and then picked up shots on each of the first three holes after making the turn.

That gave him a one-shot lead over Venezuelan Jhonattan Vegas and Mexico’s Abraham Ancer.

Dustin Johnson did not enjoy his own return to action quite so much as the world number five stumbled to a one-over 71, carding four bogeys in a rusty round.

Ian Poulter was in a group tied for 10th place after a round of 66 while Phil Mickelson – fresh from his challenge matches with Tiger Woods during the shutdown – could only manage a one-under 69 to sit in a share of 38th place.

The event is the first on the PGA Tour since the Arnold Palmer Invitational in Orlando, Florida in early March, and has drawn a star-studded field to Texas.

Sixteen of the world top 20 will be in action over the weekend, with top-ranked Rory McIlroy among the late starters.

Rose said a bit of luck on the opening hole had set him on his way as he overcame some wayward shots to birdie his first hole.

“I got some momentum,” he said on Sky Sports Golf. “I didn’t play particularly well on the first six or seven holes but the putter was really hot.

“I got into a nice rhythm and I could have maybe got in the clubhouse better but I rode my luck a little bit.”

Rose felt the performance was reward for the work he managed to do during the hiatus.

“I’ve worked hard for sure,” he said. “I haven’t just sat around. I had the opportunity to get better. My season wasn’t going particularly well up until the Players Championship so you try to look at the positives.

“Obviously it’s been a tough situation for everybody across the world, there are some dire circumstances, but you’ve got to look at yourself, your personal situation, and think, ‘How can I make the most of this?'”