Justin Rose back at No 1 without hitting a shot 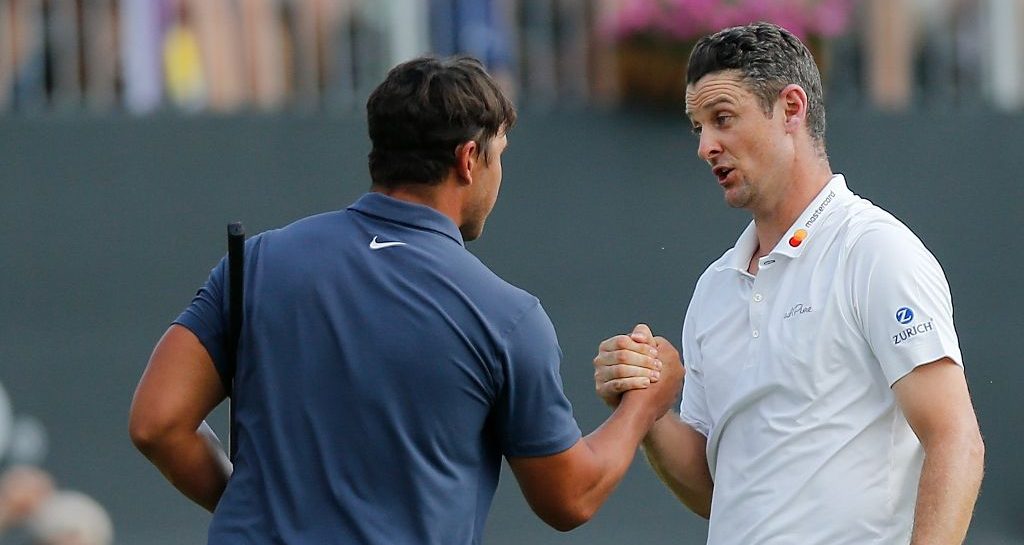 Justin Rose returned to the top of the world rankings on Monday despite having the week off.

The Englishman has been involved in a see-saw battle for the World No 1 ranking with American Brooks Koepka over the past few months, with two regularly taking turns at the top.

Because of the vagaries of the world rankings system, even sitting on the couch with your feet up could result in a move up the list if your closest rival doesn’t have a good week on the course.

This was the case after the Sentry Tournament of Champions on Sunday, where Koepka closed with a 69 to finish 24th – not a bad result, but also not good enough to prevent the top spot from changing hands once again.

Koepka would have needed to finish tied-eighth or better at Kapalua to remain World No 1.

Rose held the top spot for four weeks across three separate spells during 2018, while Koepka had been World No 1 for six weeks up until Monday, having also topped the rankings on two other occasions last year.

Justin Thomas, Dustin Johnson and Bryson DeChambeau occupy the next three places in the standings, with Xander Schauffele moving to a career-high of world No 6 after his impressive come-from-behind win in Hawaii.