Jordan Spieth on near miss at Pebble Beach: ‘I’m going around with my B-game and I know it’ 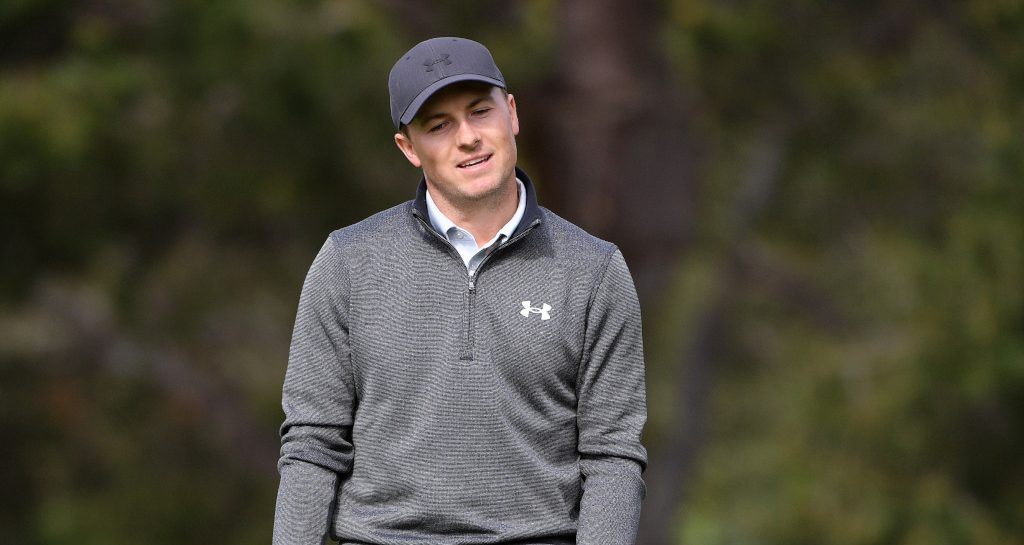 Despite admitting his game isn’t quite where he wants it to be yet, Jordan Spieth is confident he will return to the winner’s circle soon.

Between 2015 and 2017, Spieth won no less than four major championships and six PGA Tour titles as he soared to the top of the world rankings, but the 2017 Open at Royal Birkdale remains his last victory to date.

In the last couple of weeks, Spieth has come closer to victory than he has in a long time. The 27-year-old held the 54-hole lead at both the Phoenix Open and last week’s AT&T Pebble Beach Pro-Am, though he wasn’t able to finish the job at either of those two events.

At Pebble Beach on Sunday, Spieth started the day with a two-shot lead but made bogeys at the third and fifth holes to relinquish his advantage and was never able to get it back.

Despite the disappointment – and a winless run that now extends to more than three and a half years – Spieth feels more positive about his game than he has in a long time – particularly considering how dim his prospects seemed as little as three weeks ago.

“If you had told me Friday night in San Diego [after missing the cut in the Farmer’s Insurance Open] that I was going to have the 54-hole lead two weeks in a row, I’d have said you’re crazy, to be honest.

“I was not in a great headspace following that missed cut there, but I just did some really phenomenal work from Sunday through Wednesday of last week, that was probably the best period of work that I’ve put in in a long time, and it just got me believing in what I was doing and progressing forward.

“And that’s really what I continue to say – if I put myself in a position of leading after 54 holes enough times, I’ll end up on top one of these days.”

Asked about some of the mistakes he made on Sunday, Spieth admitted the problems he’s had with his game in recent years haven’t totally disappeared.

“It’s working out of the same stuff I’ve been trying to work out of. Just cause I’m leading the golf tournament doesn’t mean that all things are great.

“Or six, where I just don’t hit it left when I’m trying to hit it left.

“It’s stuff that… I’m legitimately going around with maybe my B-game, and I know that stepping on the first tee.

“And being in the lead by two, you can look at it both ways. It’s pretty awesome that I feel that I’m still significantly far off from where I want to be, and I’m able to lead the tournament through 54, but at the same time it’s very difficult to go out knowing you don’t have your best stuff and to go out with the expectation that I’m going to win today.

“That’s kind of the battle going into the day, and I just hope I can continue to progress to where I can stand on that first tee as confident as I historically have been.”