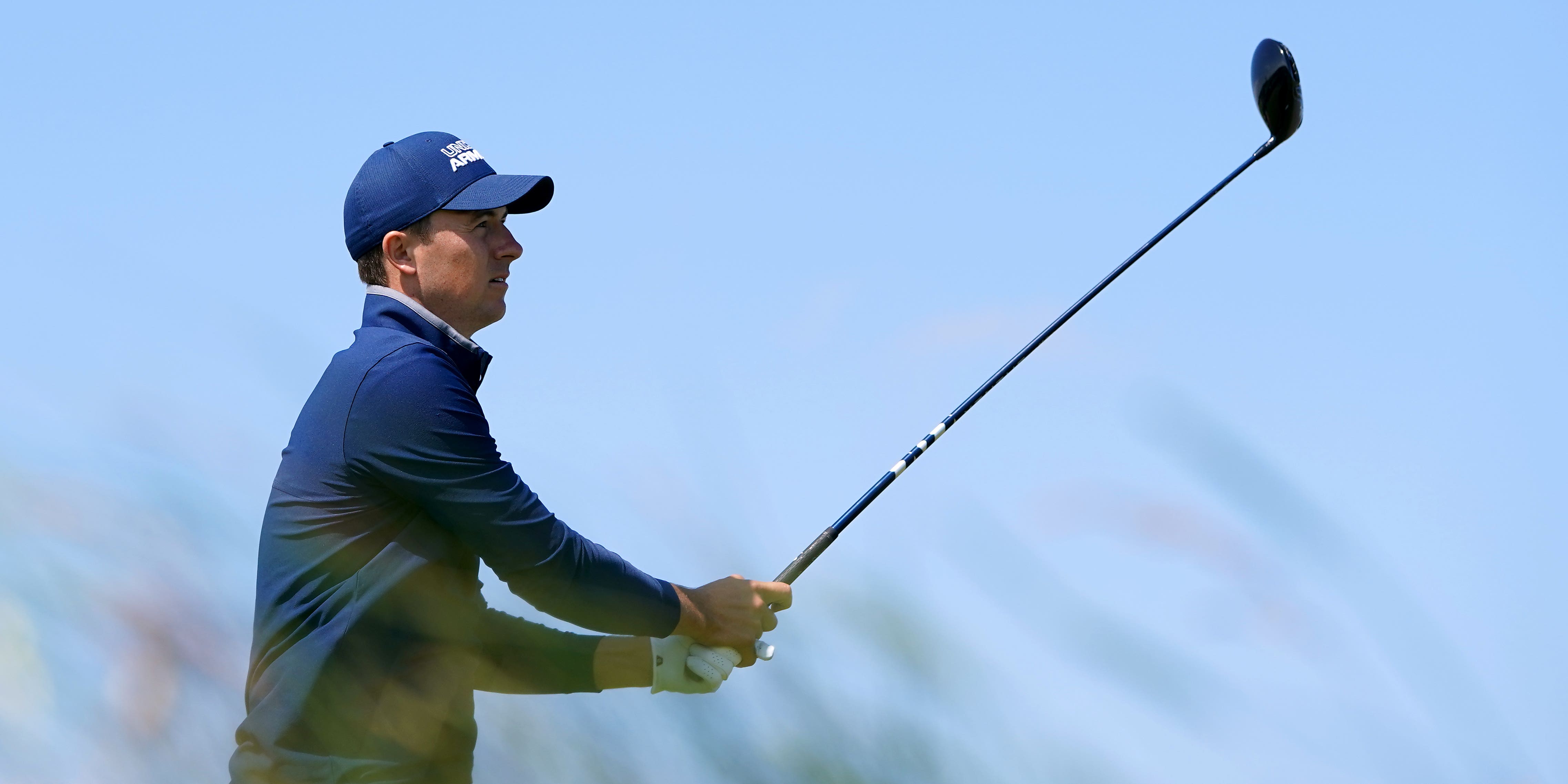 Jordan Spieth remains unconvinced that a curious coincidence means he has a 50/50 chance of winning the 149th Open Championship, although his prospects look bright following a superb start at Royal St George’s.

South Africa’s Branden Grace has played alongside the eventual winner in the first two rounds in both 2018 and 2019, with Spieth and Bryson DeChambeau getting the prized draw this year.

And although DeChambeau complained that his driver “sucks” after an opening 71, Spieth had no cause for concern following an opening 65 to lie a shot off the lead held by fellow former Open champion Louis Oosthuizen.

“I think that’s a coincidence,” Spieth said with a smile when asked about the ‘Grace effect’. “If it happens four or five times in a row, maybe people start paying to see who can get paired with him the first two rounds.

“I think that when you have a top-50, top-25 player in the world that Branden has been, he’s going to be in some pairings with guys who are certainly capable of winning major championships and it just so happened it was two years in a row.

“I did hear that ahead of time, though, which just made me laugh.”

“I look back and I had a chance to win at least one of the majors each year when I felt like I had no idea where the ball was going which, I guess, could be bad and good,” the three-time major winner said.

“Golf is a game played between the ears, right? When it’s not going great, you can certainly lose quite a bit of confidence in it. That was the first time I’ve had to really try and build confidence back up, and it takes time.

“By no means do I feel like I’m where I want to be mechanically yet, but this year has been a really, really good progression for me, and all I’m trying to do is just get a little bit better each day.”

Oosthuizen, who won at St Andrews in 2010 and lost a play-off at the same venue five years later, carded a flawless six-under-par 64 to enjoy a one-shot lead over Spieth and Brian Harman, with 2009 champion Stewart Cink part of a five-strong group on four under.

Major champions Danny Willett and Justin Rose led the home challenge on three under alongside Jack Senior and Andy Sullivan, while Rory McIlroy birdied two of his last five holes in a battling 70 as US PGA winner Phil Mickelson slumped to an 80.

Asked how he copes with such losses, the 38-year-old South African said: “It depends if you lost it or someone else beat you. In both of those I was beaten by better golf at the end.

“It takes a little while but you have to get over it quickly otherwise it’s going to hold you back from performing again.”

Oosthuizen currently leads the putting statistics on the PGA Tour and is so pleased with that part of his game that his old putters could even be consigned to a watery grave.

“I’ve got a bag there at home that I might just throw in a river someday,” Oosthuizen joked.

“I found one that I really like the look of and I worked on it. There were tournaments where I felt my stroke wasn’t great and I would actually change that putter then for the round. I didn’t want to have any bad memories of that putter being not good on the day.”

England’s Richard Bland had got play under way at 6.35am, the 48-year-old recognised for winning his first European Tour title at the 478th attempt in May and becoming the oldest halfway leader in US Open history last month.

Bland, who carded three birdies and three bogeys in his 70, added: “It was very special, very nerve-wracking. I was hoping I might get a good draw but that was something else. I’m very grateful to the R&A for considering me.”