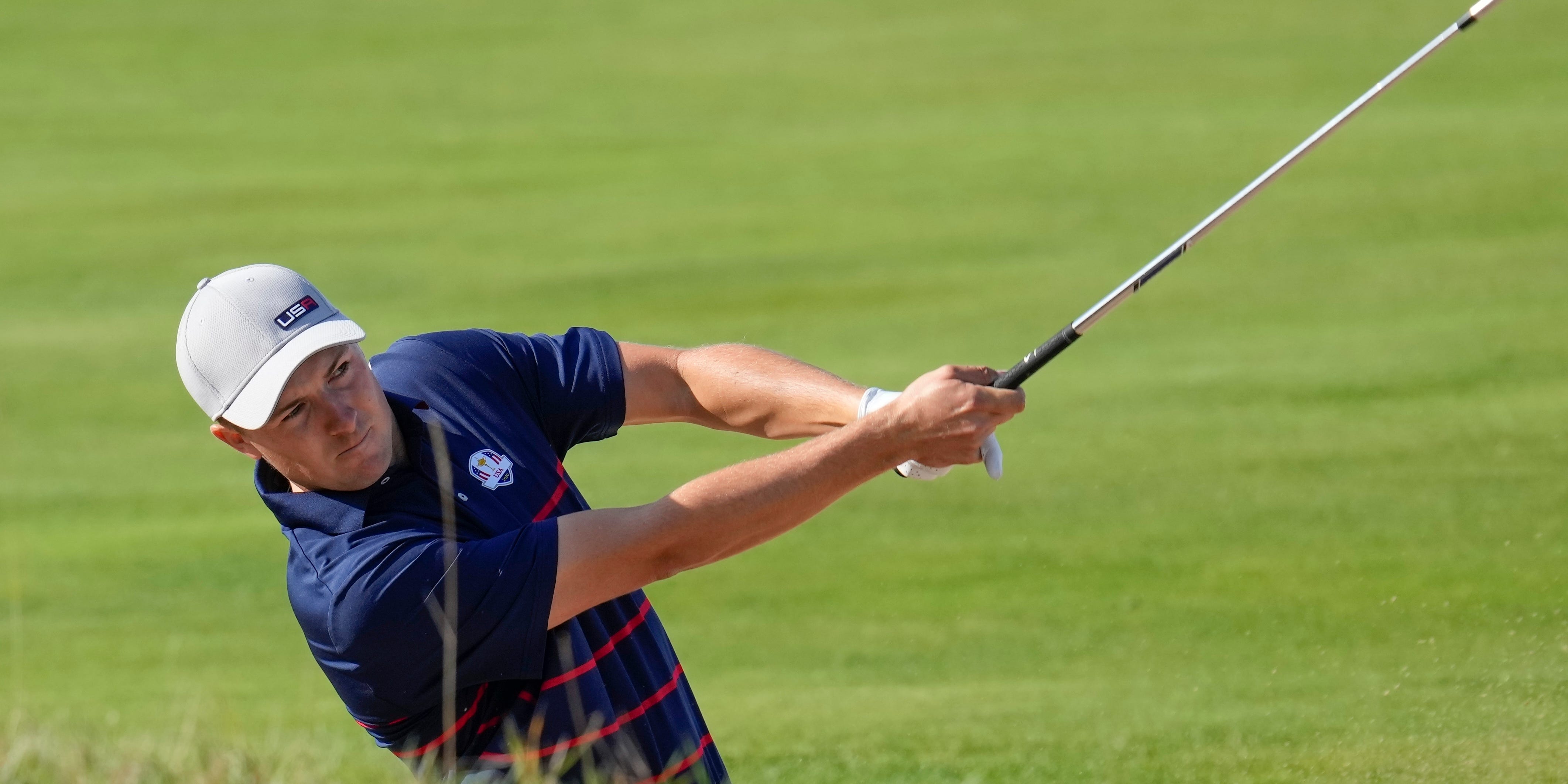 Jordan Spieth almost ran into Lake Michigan after producing a remarkable escape from the side of a bank in the opening session of the Ryder Cup at Whistling Straits on Friday.

Playing in the first foursomes match, Spieth was left with a tough approach from a steep slope after playing partner Justin Thomas missed the 17th green in the American pair’s match against Europe’s Jon Rahm and Sergio Garcia.

The grass on the bank was also ankle high and Spieth had no sight of the green from his position well below the level of the putting surface.

Remarkably, he managed to make solid contact with a wedge and the ball dropped nicely within a few feet of the hole.

Spieth had no sight of this, however, as he lost his balance in the process of taking the shot and found himself careering down the slope towards the great lake, which lines on one side of the Wisconsin course.

It seemed the 28-year-old might not be able to stop as he neared the water but he just managed to halt his momentum in time.

“I don’t think I exaggerated that fall, you know how steep that is,” Spieth said afterwards. “Once I started moving, I was like, ‘I’ve got to keep moving until I find a flat spot’.

“It’s one of those shots that you practice as a kid for fun and you don’t ultimately want to have it.

“And the chances of it going there – you could roll a thousand balls off the green and it’s not going it stay where it was.”

An impressed Garcia said: “I was clapping. I was hoping that he wouldn’t hurt himself, but he hit an unbelievable shot.

“I didn’t think there was a chance he could get it on the green.”

Despite Spieth’s best efforts, though, Thomas missed what was a crucial putt and Rahm and Garcia won the match 3 and 1.