Jordan Spieth: ‘When you’re a yard off here, you’re about 40 feet away’ 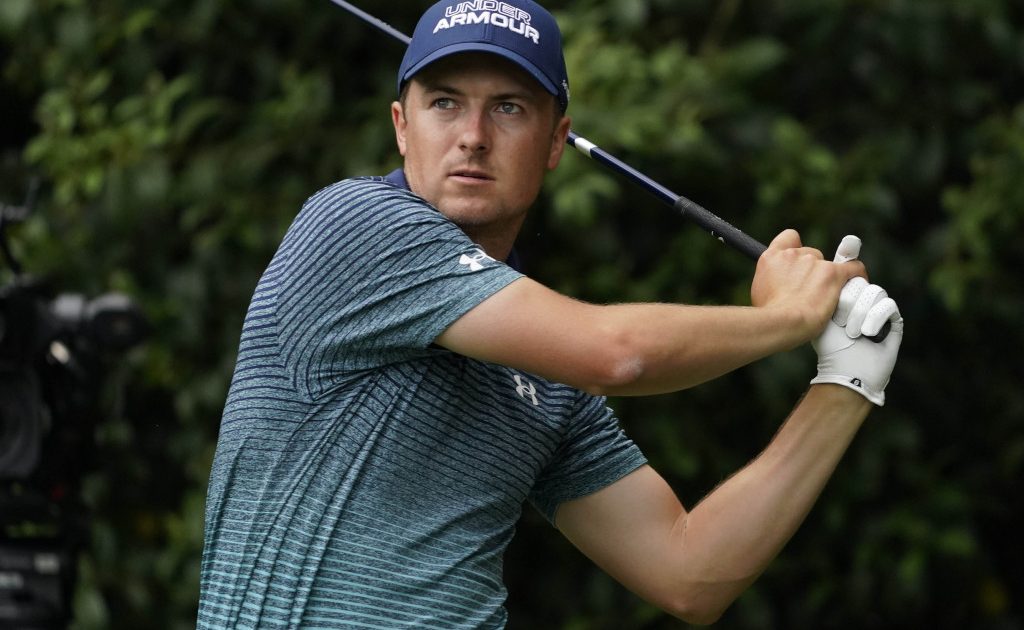 Jordan Spieth was proud of the way he fought back at the Masters on Thursday, after a poor start threatened to derail his challenge entirely.

The American was heading in the wrong direction after a triple-bogey at the ninth saw him make the turn in two-over-par 38, but he immediately regained one of those lost shots at the 10th before six further pars and a spectacular eagle at the 15th ultimately saw him sign for a one-under 71 – a great score in tough conditions.

Spieth, who broke a four-year winless run on the PGA Tour at the Valero Texas Open last week, was one of the favourites heading into Augusta and has left himself in a very good position heading into Friday’s second round.

“I felt pretty confident – I mean, it’s the same nerves as I always have teeing off at the Masters. That first tee shot’s just, ‘Let’s get it up there in the fairway and settle into the round’.

“I hit a lot of good shots early. [But I] found myself a yard off, and when you’re a yard off here, you’re about 40 feet away from the hole instead of within 10.

“My caddie was trying to tell my to stay patient, I was getting a little frustrated, and I just turned it around on the back nine.

“I made a putt on 10, and when you sneak a birdie on 10, you’ve stolen one and a half [shots] on the rest of the field. I thought that was big after a triple.

“I just thought ‘If I can’t shoot one under here on in, I shoot even for the round and I’m still in this tournament.’ And got around one better.”

While winning the week before the Masters has seldom resulted in a victory at Augusta, Spieth was asked if he still felt like he needed the win in Texas to give him some confidence and break his winless run.

“I thought it [the win] was just an exclamation point,” he said.

“I’ve been playing some good golf. My swing is in progress. It’s not where I want it to be, but it’s good enough. Same with the stroke.

“It’s been about just trying each week to get a little bit better. But the exclamation point on being in the hunt on Sunday, and really just having that next level of trust – you’ve got to hit these shots to win now, instead of just trying to continue to contend – it was a great feeling.

“But it wasn’t needed, it was just a matter of time, the way I was looking at it, trying to get a little better each week.

“The more often you put yourself there, the more comfortable you are in those scenarios. So it was a goal accomplished last week, and I would say, when the round started today I certainly would have signed for one under, so I’m pleased at this point through 18 holes.”