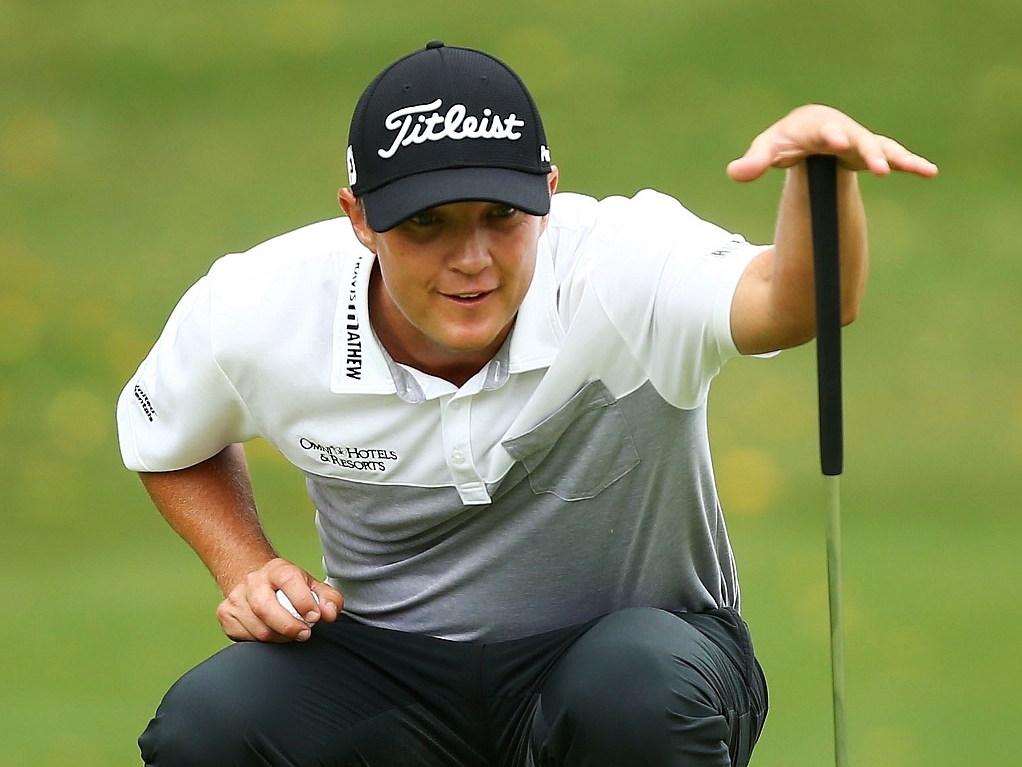 Matt Jones will take a three-shot lead into the final round of the Australian Open after carding a three-under-par 68 on Saturday.

Defending champion Jordan Spieth, meanwhile, recovered from a horror start to his third round to be in second place after he notched a 67 at the Australian Golf Club.

World number one Spieth dropped three shots over his first four holes, but went seven-under over his last 10 to close the gap to the leader.

Jones notched six birdies and three bogeys to remain in control of the tournament, but he will undoubtedly have sleepless nights with the two-time major winner on his tail.

Spieth is bidding to become the first player since Jack Nicklaus to win back-to-back Open titles in 1970, and steamed up the leaderboard late in his round after trailing the leader by nine shots half-way through his round.

The highlight of Spieth's round was at the par-four 17th, where he holed his eight-iron approach shot from 165m for an eagle two.

The American surged to seven-under, three stroked behind the leader on 10-under, but two strokes clear of Rhein Gibson (68) in outright third.

First round leader Lincoln Tighe (70 and Aron Price (70) are tied for fourth place on four-under, six adrift of the leader.

Former champion Geoff Ogilvy (71) is in sixth place on three-under, while local favourite Adam Scott is in a tie for seventh at one-under.

Scott eagled the final hole to draw level with Northern Irishman Darren Clarke (70), Brett Rumford (69) and Todd Sinnott (74) to round out the top 10.