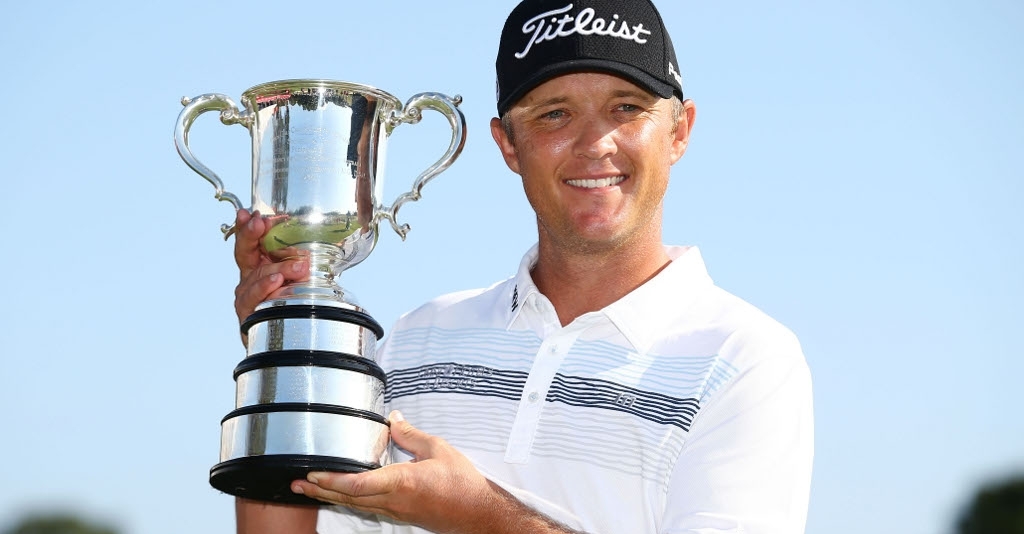 Starting Sunday's final round at the Australian Golf Club with a three-shot lead, Jones closed with an eventful two-over-par 73 to just manage to hold on for victory over Spieth, who was the defending champion, and a charging Scott.

Scott closed with a seven-under-par 65, while Spieth looked set for a final-round assault after playing himself into position on Saturday but had to settle for a 71.

Veteran Rod Pampling finished a shot further back after an incredible course-record 10-under-par 61.

Nick Cullen (70) and Lincoln Tighe (72) shared fifth at three under.

While the final round looked like it would be a straight battle between Jones and Spieth, both players made horror starts to bring those behind them into the picture.

Spieth was three over par for his first six holes after two opening bogeys and another at the sixth, while Jones opened with a bogey and a double-bogey to also find himself three over for the day after a couple of holes.

That allowed both Pampling and Scott to play themselves into contention. Pampling would end up with an incredible nine birdies and an eagle at the last after draining a 70-foot putt for eagle, smashing the course record by two shots.

When Jones also made a horror triple-bogey at the ninth after recovering birdies at four and six, it allowed Pampling to briefy share the lead in the clubhouse.

Scott's round would hand him the clubhouse lead, however, and after a disappointing round by his own high standards, Spieth had managed to recover enough to stand over an eagle putt at the last that would have forced a play-off with Jones, but it was just wide.

To Jones' credit he bounced back on the back nine, making two birdies and no more bogeys to hold off all comers and claim the closest of victories.