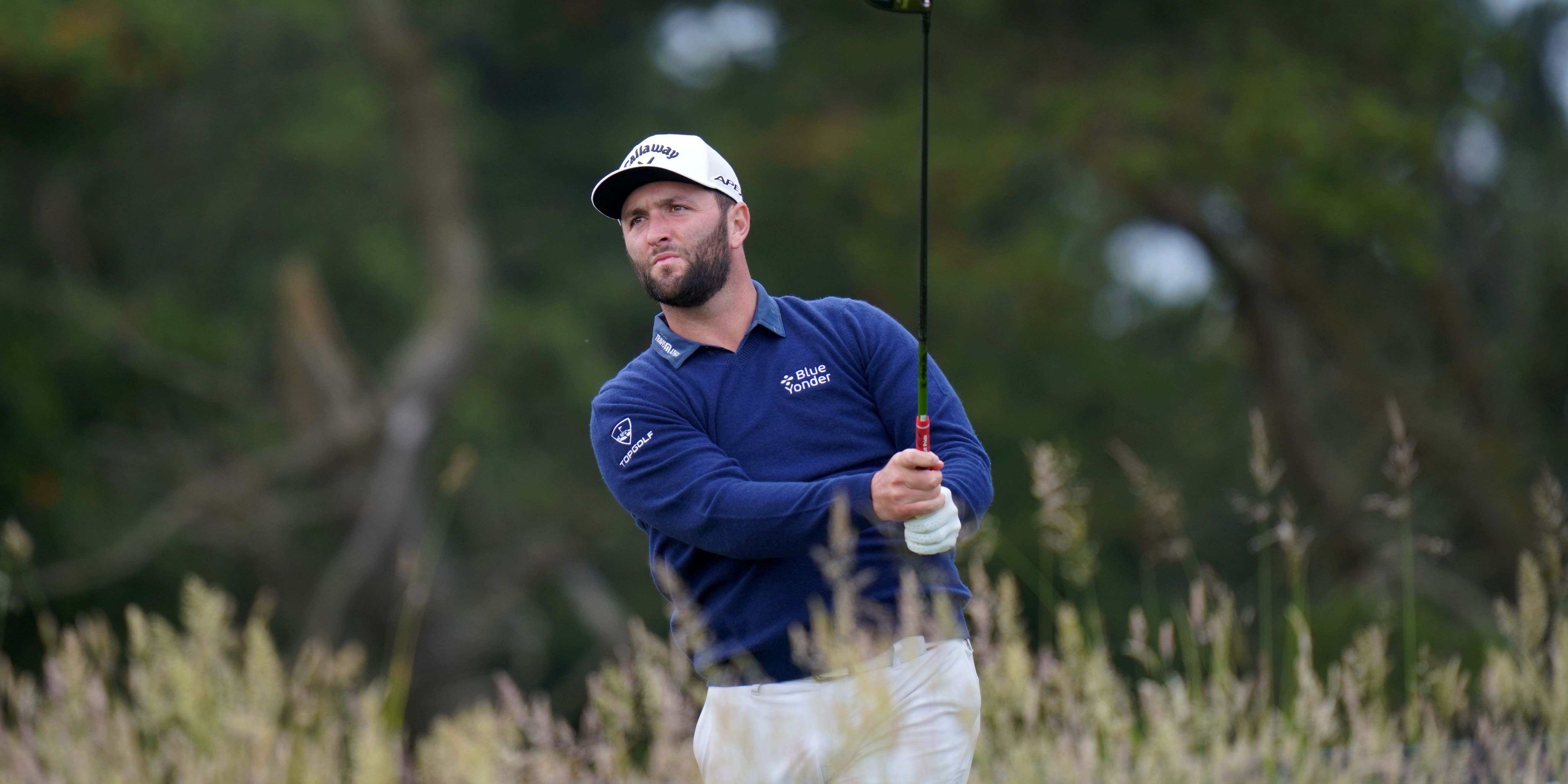 US Open champion Jon Rahm warned his rivals he still has room for improvement after claiming a share of the lead in the GBP 5.8million abrdn Scottish Open.

Rahm shrugged off a bizarre incident on his opening hole at the Renaissance Club, when a spectator nonchalantly walked on to the 10th tee and took a club out of playing partner Rory McIlroy’s bag, to race to the turn in just 29 shots.

And although the 26-year-old could only cover the front nine in level par, a second round of 65 gave him a halfway total of 11 under par, later matched by Belgium’s Thomas Detry and England’s Jack Senior.

McIlroy was reluctant to speak in detail about the incident on the 10th tee but said it had been “handled efficiently” after adding a 71 to his opening 70 to miss the cut on one under.

Rahm was certainly unfazed by what happened and said: “Those first 10 holes I played incredible.

“I was seven under through 10 and the three pars I had were short putts that could have been made. They were clearly birdie chances. That’s not always going to happen.

“There were moments of luck too. If my second shot on 16 went two yards further than it did I would have had no shot to the pin. There were a couple of others like that. It was good golf combined with good luck.

“After that the elements changed and I was playing some holes in a wind I had never played before. I got a little hesitant.

“I made some aggressive swings without thinking about it as much as I could have because I was playing so well and maybe could have taken a step back. Swing-wise it’s good. If I just clean up some little mistakes it could be better.”

Senior, who beat Thomas and Jordan Spieth on his way to the semi-finals of the US Amateur in 2011, held a one-shot lead overnight and added a 67 to his opening 64 to stay at the top of the leaderboard.

“It’s a great field but at the end of the day you’re still out there playing the golf course,” the 32-year-old said. “All you can do is control what you’re doing and try and do your best on the golf course and not particularly worry about the field.

“If you consistently hit good golf shots out there and try to perform to the best of your ability, I’m sure it will stand me in good stead.”

A stunning four-iron approach from 246 yards left Westwood with a tap-in eagle on the 16th and the 48-year-old also birdied the 17th and 18th to remain firmly in the hunt for a second Scottish Open title, 23 years after his first.

“I’m really pleased, I had to show a lot of patience out there,” said Westwood, who had bogeyed the 10th and 11th to fall five shots off the pace.

“Stood on the 16th tee, even par for the round and looking at the leaderboard that didn’t really seem that good. Felt like I was moving backwards.

“I played similar to yesterday and just did not hole a lot of putts until the last couple of holes and when you finish eagle, birdie, birdie it leaves a sweet taste in your mouth and gives you momentum going into tomorrow.”

Fitzpatrick joked that he had not wanted to play so well in order to get an early tee time at the weekend and be able to attend England’s Euro 2020 final against Italy.

“I’m in the perfect place to be,” he said. “It’s always nice to be there or thereabouts and to go into the weekend only a shot back is always good.”