Jon Rahm ready for baby duties after finishing with a flourish 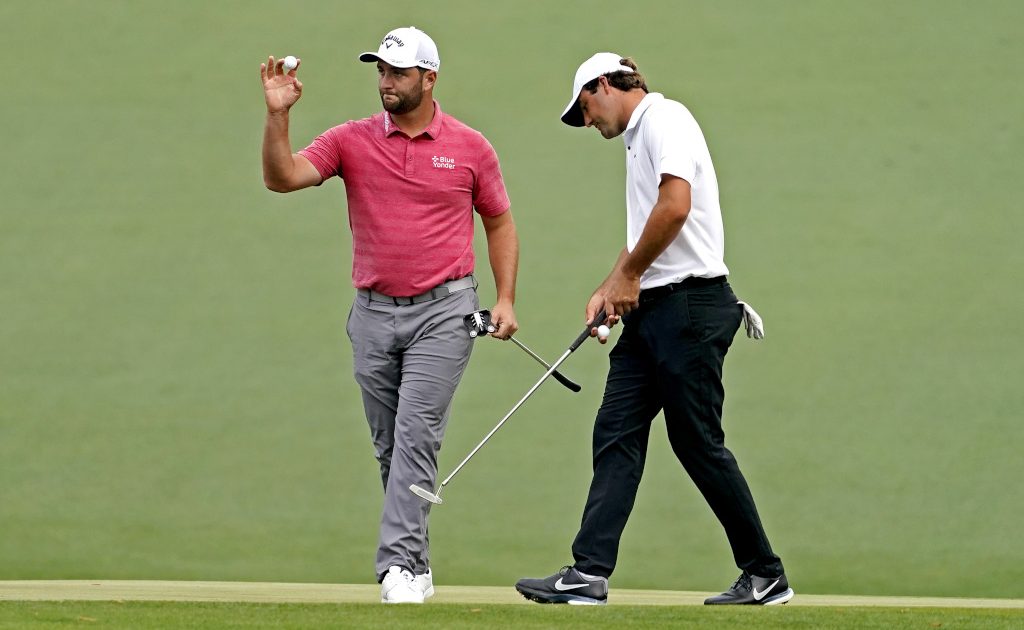 Jon Rahm was left to rue a slow start to the 85th Masters after surging through the field on the final day at Augusta National.

Rahm’s wife Kelley gave birth to a baby boy last Saturday and the world number three was the last player to register for the year’s first major on Wednesday afternoon.

Three consecutive rounds of 72 left Rahm too much to do on Sunday, but a closing 66 secured a fourth straight top-10 finish in the year’s first major championship.

“I never really thought there was going to be a chance unless I posted a record-breaking score which needed to be nine, 10 under,” Rahm said.

“I was just trying to post the best score possible. After my birdie on 12, (leader) Hideki (Matsuyama) had just started and was one over after one so I was five shots back.

“That’s kind of what I was thinking, something like what Jordan Spieth did in 2018, started way back and shot eight under and put himself in contention.

“It was all fun and games until I made that birdie on 12 and looked up and thought, ‘I’m not that far away’. I tried my best at the end but with the wind gusts and the greens being firm pars are obviously great.

“I played really, really good golf to shoot six under, which looks like it might be the best round of the day.

“It’s golf. What am I going to do? I also showed up here Wednesday, haven’t hit a shot in six days, very little sleep. To be honest, I wasn’t expecting to play as good as I did early on.

“It’s still a top 10 at a major with a great round on a Sunday, 15 straight rounds of even par or better here. Clearly I like the place. I play good here. My year is coming up. Let’s hope it’s soon.”

Despite his Masters disappointment, Rahm still has a lot to look forward to – like his wife and new son waiting for him back home.

“I’m excited,” he added. “I thought for a second I might have to delay the flight, but that [was] wishful thinking.