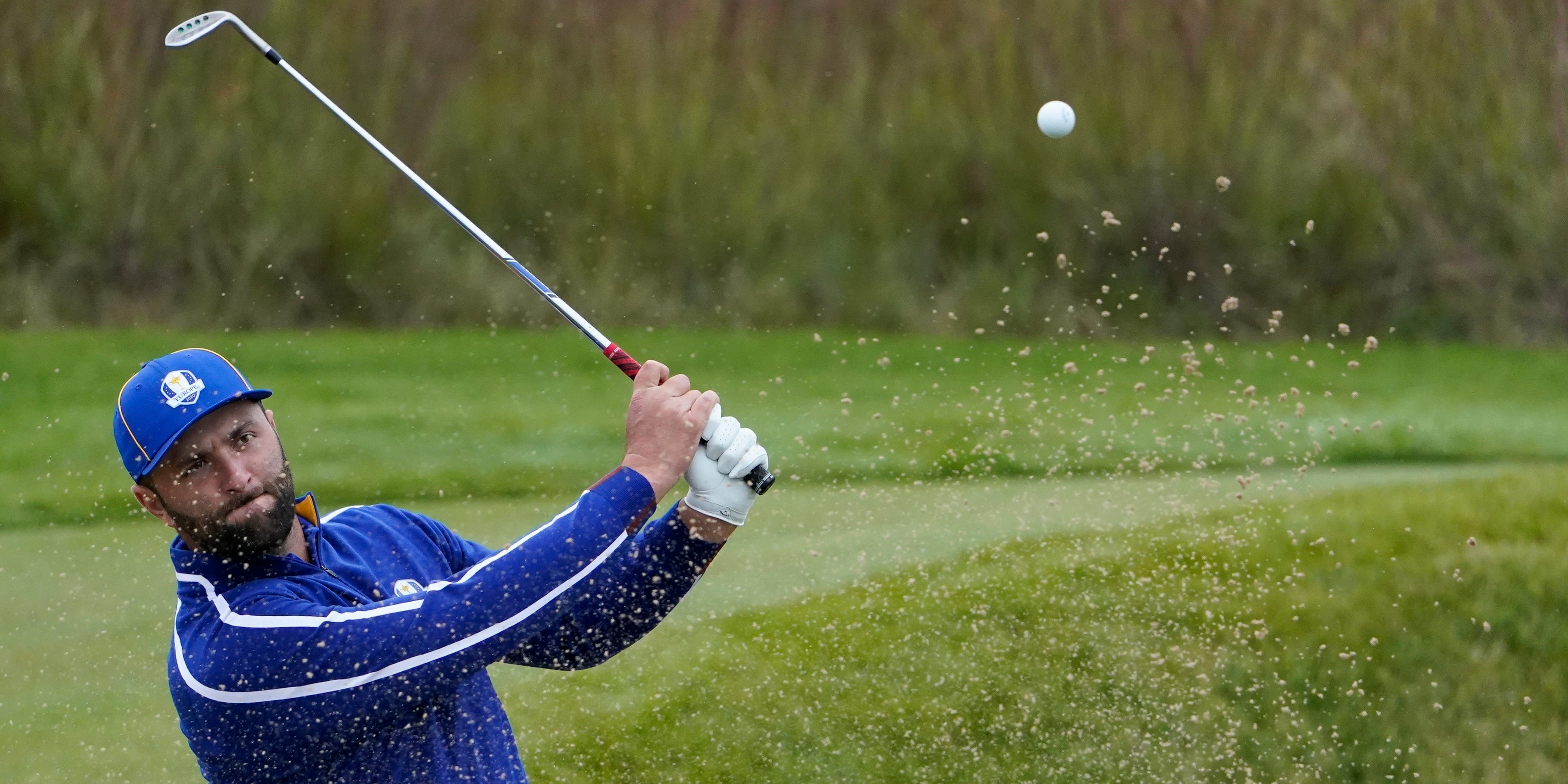 World number one Jon Rahm will let his clubs do the talking as he bids to end an extraordinarily eventful year with a Ryder Cup triumph.

Rahm became a father for the first time just days before the Masters in April, then led the Memorial Tournament by six shots after 54 holes before being told on the 18th green he had tested positive for Covid-19 and had to withdraw.

Fifteen days later Rahm birdied the last two holes at Torrey Pines to win his maiden major title in the US Open, but in July tested positive for Covid again and had to miss the Olympic Games in Tokyo.

“It just dawned on me that it’s only been five and a half months since my son was born and there’s been so many things that happened since then,” Rahm said on the final practice day at Whistling Straits.

“It almost feels like it’s been a couple years worth of experiences in those five months. The good moments, the great experiences, the happiness vastly outweighs the setbacks, and that’s all I can say about this year.

“I became a dad. We’re in a really good place family-wise. I’m very happy at home. It’s been amazing. Got my first major and played really good golf all year round.

“No matter what happened Covid-wise or what events I missed or what could have been, it still has been an amazing year that I really am thankful for.

“It would be a very nice end to what has been a wonderful year (to retain the Ryder Cup). That win in France, you create a bond that’s unforgettable and it would be a really good feeling to be able to do it in my first try in my case on US soil as well.”

Rahm won just one of his three matches on his debut in Paris, but it was Europe’s first singles victory as the United States attempted a fightback and came against a certain 15-time major winner, Tiger Woods.

The 26-year-old was ranked eight in the world at the time but ended the year with a win in Woods’s event in the Bahamas and has won seven more times since, his victory in the Memorial Tournament in 2020 taking him to world number one for the first time.

Asked if his position as Europe’s only player in the world’s top 10 meant he would now be a leader in the team room, Rahm said: “I’m ready for that. It’s a challenge I look forward to.

“There are a lot of players with experience in my team who know how to get it done and I’m ready to add my name into that group. I’m not going to actively go and make myself ‘Hey, I’m a leader now,’ as I don’t have that massive an ego.

“I’ll let my ball do the talking and leave the speeches to the guys who have been doing it for a long time.”

One of those players is 48-year-old Lee Westwood, who will equal Nick Faldo’s record of 11 Ryder Cup appearances this week, 24 years after partnering Faldo at Valderrama.

“It is really cool to see all these great players, people that have been doing this for a very long time,” Rahm added. “I mean, when Lee played the Ryder Cup for the first time, I wasn’t even three years old yet.

“To see all these great people that have accomplished so many things come together with a smile that only a team event like the Ryder Cup can bring to you, a juvenile excitement that you don’t usually expect a 48-year-old to have, it’s very unique.

“And it’s something that I wish everybody could see because I feel like a lot of times we’re missing that in life, and a week like this can definitely give you that youth back in that sense, mentally.

“Even though I’m still 26, I’m very young. Still takes me back to when I was a kid hoping to be playing in the Ryder Cup when I was a kid representing Spain and how I felt back then, obviously magnified times a hundred in this situation.”