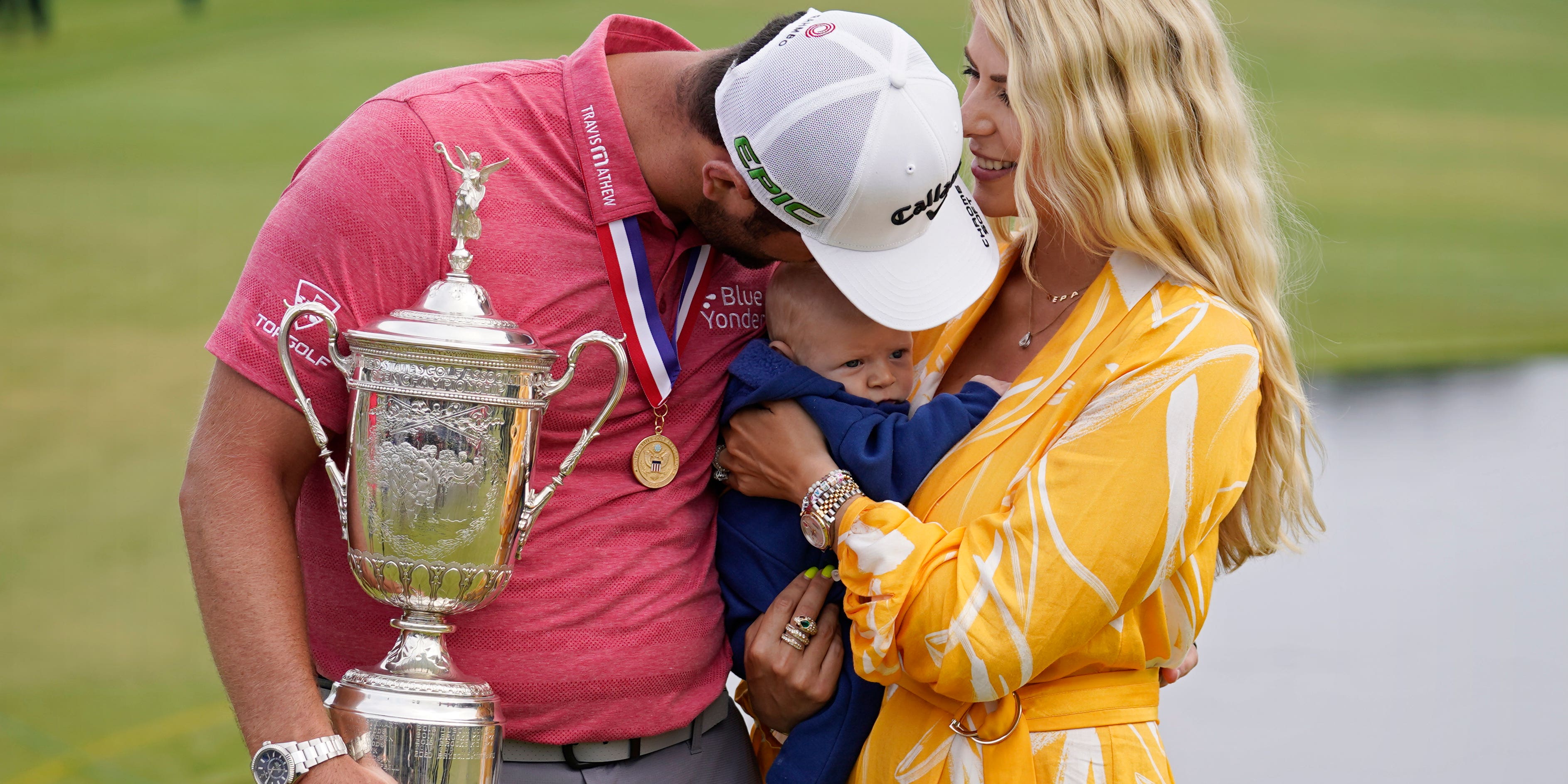 Jon Rahm has revealed how pledging to be a better role model for his son helped him secure his maiden major title in dramatic fashion in the US Open.

Rahm became the first Spanish player to lift the title and also returned to the top of the world rankings after making birdies on the final two holes at Torrey Pines to finish a shot ahead of Louis Oosthuizen.

The 26-year-old had tested positive for coronavirus just 15 days earlier and was given the news moments after completing a third round of 64 to establish a six-shot lead in defence of his title at the Memorial Tournament.

Given his reputation for fiery displays of temper on the course, that might have been expected to derail Rahm’s bid for victory at Torrey Pines, where he won his first PGA Tour title in 2017 and later proposed to his wife Kelley.

But he handled the situation with an admirable sense of perspective, defending the PGA Tour’s decision to strictly enforce their rules and noting that he still had the positive memories of his performance at Muirfield Village to draw on.

“I know it’s hard to believe, but there’s been a steady progress,” Rahm said. “I feel like from the setbacks, some good moments have come.

“I believe becoming a dad was always going to help me because before I could always have the excuse that getting mad helped me out, helped me win golf tournaments, but right now I’m a role model to my son. I’m going to be, as I am to many kids out there.

“Now I understand what I can do and I know I can perform at my best without showing my frustration so much. I made that deal with myself after the third round of the (US) PGA.

“I wasn’t happy with how I ended, and I could have handled it better, and I vowed to myself to be a better role model for my son.

“He won’t remember any of this because he’s only 10 weeks old, but I do. Hopefully in the future, he can grow up to be someone who’s proud of his dad. I hope I can provide that example.”

Rahm spoke about believing in karma and the “power of positive” thinking following his enforced withdrawal from the Memorial Tournament, which initially meant a 10-day period of self-isolation.

“The first person who called me, who wasn’t family, when I was in the isolation trailer was Padraig Harrington,” Rahm said.

“He told me a story in which he was leading by five after 54 holes (in the 2000 Benson & Hedges International Open at The Belfry), and got disqualified. He said he learned a lot more than he would ever learn from the win.

“Nick Faldo texted me the next morning and told me a story of how he was winning a tournament. He was leading by six with six holes to go and got disqualified as well, and how he learned from that and got a win the week after.

“I believe from the biggest setbacks we can get some of the biggest breakthroughs, and that’s why I stay so positive. That’s why I kept telling Kelley, when she was devastated about what happened and my family and everybody around me, something good is going to come.

“I didn’t know what, but something good is going to come, and I felt it out there on the golf course and I knew today was my day.”