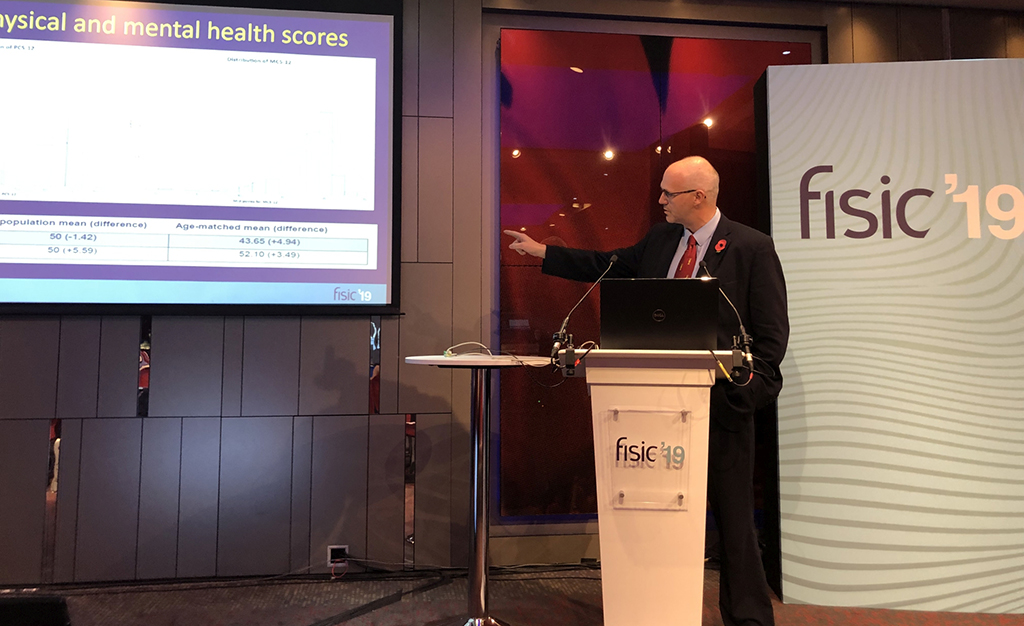 Almost 90 per cent of golfers who undergo joint replacements continue to play the same amount of golf after the operation – with 40 per cent saying they now play more golf.

And that could add up to £3billion for the sport, which might otherwise be lost.

These are the remarkable findings of a survey carried out by Europe’s largest online golfing community, HowDidiDo, under the auspices of consultant orthopaedic shoulder surgeon Peter Hughes, a member of the R&A’s Open medical team.

Almost 3,500 joint replacement recipients, out of HowDidiDo’s subscriber base of more than 500,000, responded to a questionnaire regarding post-op golfing habits and this was collated alongside data from nearly seven million rounds of golf.

Questions in the survey looked to establish how arthritis affects players before replacement and how they cope and continue to play; how their game and handicaps deteriorate, or not; how their game responds to the replacement; how long it takes to get back to practising and competitions; how much they improve; and what facilities clubs have to help them return to playing. Further questions covered general physical and mental health.

From the round data, analysts were able to determine how age affected handicap and frequency of play in the general population – playing intensity gradually rises to age 55 then declines from 70 – and to compare that with the information supplied specifically by respondents.

It showed that those who had undergone joint-replacement operations could maintain – or even increase – the frequency of their golf, with many even reporting a more satisfying experience as a result.

Key findings included 63 per cent of golfers being able to play iron shots again within three months of their operation; 76 per cent of golfers returning to club competitions within six months; and 22 per cent used a buggy in the early stages of their return, which dropped to a little more than 11 per cent, once full recovery had been made. The use of a battery-powered trolley rose from 65 per cent before the operation, to just more than 74 per cent upon full recovery.

In terms of performance, respondents reported that more than 90 per cent of them enjoyed the same iron-shot accuracy or better, after the joint replacement; more than 75 per cent managed to equal or better their mean driving distance; while, crucially, 70 per cent said they rarely or never felt pain during or after golf – a hugely impressive statistic given they had each undergone some form of joint replacement.

The mean handicap increase for men was a mere 1.5, while women fared even better with a mean of 1.38. In total, 98 per cent of the operations undergone by respondents were split equally between hip and knee.

Hughes presented the findings at the recent Fortius International Sports Injury Conference in London where it was very well received.

He said: “We now have very useful data to advise patients on what to expect in terms of their return to golf and it appears to be great news. Previously, there had not been a survey with a big enough sample size to extrapolate any valid findings, but we now have sufficient data to form valid conclusions.

“The joint-replacement process is successful and most players can expect to play on for more than 10 further years with deterioration no different from other ageing golfers. We now have all sorts of information on milestones for recovery.

“Worldwide I would estimate there are probably three million golfers playing for an extra 10 years because of their new joint. If they spend just £1,000 per year on their golf – on membership or green fees, food and beverage, hardware etc – then that’s an extra £3billion kept in the game every year that would otherwise be lost.”

He added: “Understanding the data on normal deterioration in golfing ability assists in managing expectations in golfers returning from illness. All in all, if you are struggling to play because of an arthritic hip or knee then replacement should be a very good option, getting most players back to competitions within six months. It will not make you a better golfer but it will keep you in the game.

“It is also hugely beneficial to the health and wellbeing of these golfers keeping them fitter and healthier for longer through regular exercise. We also received some really good feedback about physical and mental health compared with age-matched peers in the general population, which we can study in more depth.”

Analysis of the data was carried out by Sam Frankland, a medical student at Manchester University, and trainee orthopaedic surgeon Lee Hoggett, while Chris Nevill, the chief medical officer at the Open Championship, was hugely helpful in planning and realising the project.

Frankland wrote up a high science report on the project which was submitted as part of his degree and for which he achieved a distinction, and he will be presenting it at the British Association of Sports and Exercise Medicine annual meeting, in Glasgow.