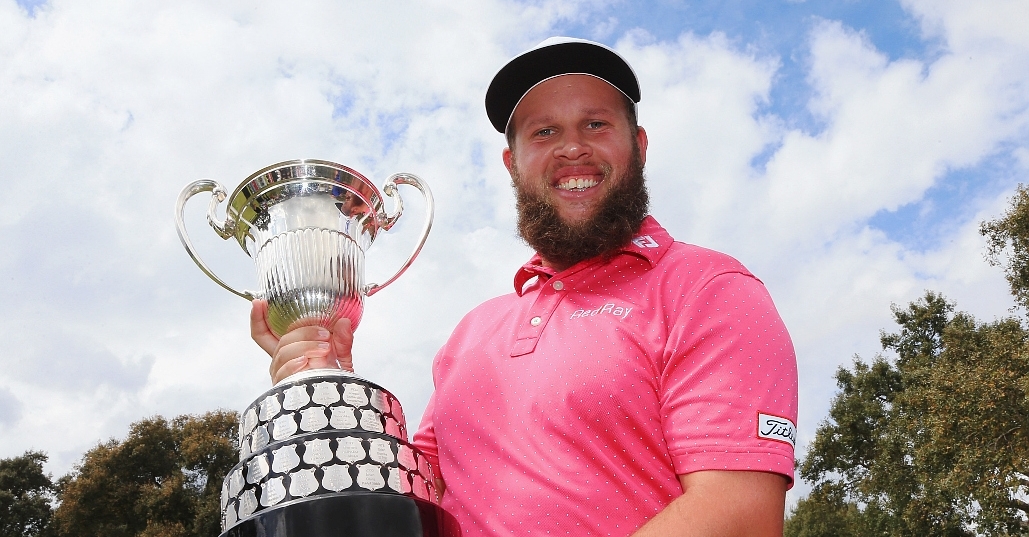 Andrew Johnston held off the challenge of Joost Luiten to claim the Real Club Valderrama Open de España on Sunday after a brutal week of golf.

The victory was Johnston's first on the European Tour however he closed out the tournament in the same manner that a multi-winner might have.

Johnston's winning score of one-over-par for the week was the first time since 2013 that an over par score has won a tournament on the European Tour.

Johnston's day got off to a poor start as he bogeyed the first. Martin Kaymer then opened up a two-shot lead over the field with a birdie on the third.

Luiten and Kaymer then continued to battle it out. However, when Johnston hit a tight approach to the seventh for birdie and made another gain on the next, a dropped shot from the German on the seventh meant Johnston and Luiten shared the lead at the half-way point.

Defending champion James Morrison had also turned in 34 and bogeys on the 11th from Luiten and 14th from Johnston meant there was suddenly a three-way tie for the lead. And that became a four-way tie for the lead when tournament host Sergio Garcia birdied the 16th and 17th to hurl himself into contention.

A crucial bogey on the last saw Garcia set the clubhouse target at three over but Johnston holed a clutch 20-footer on the 16th to move ahead. Luiten could not reel him in as he finished with seven straight pars.

Speaking after an emotional victory, Johnston attributed his success this week to his consistency in all aspects of his game.

"I drove the ball well all week, chipped and putted well all week, I struggled a bit with my irons the first three days but I just kept going and kept digging in and then on the fourth I found something," he said.

"I came off the course and I just started crying with the emotion of it. It's just very surreal and I don't think it will hit me for a few days," he told the European Tour's official website.

"You see them winning these tournaments, and the history of it and all these names, so to put mine on there feels pretty ridiculous, really. It really does.

"Hopefully I can be one of those guys who has an incredible career like that and people are sitting here in the future going, 'oh, Beef's on there'. It's pretty incredible."