Johnson withdraws from the Masters 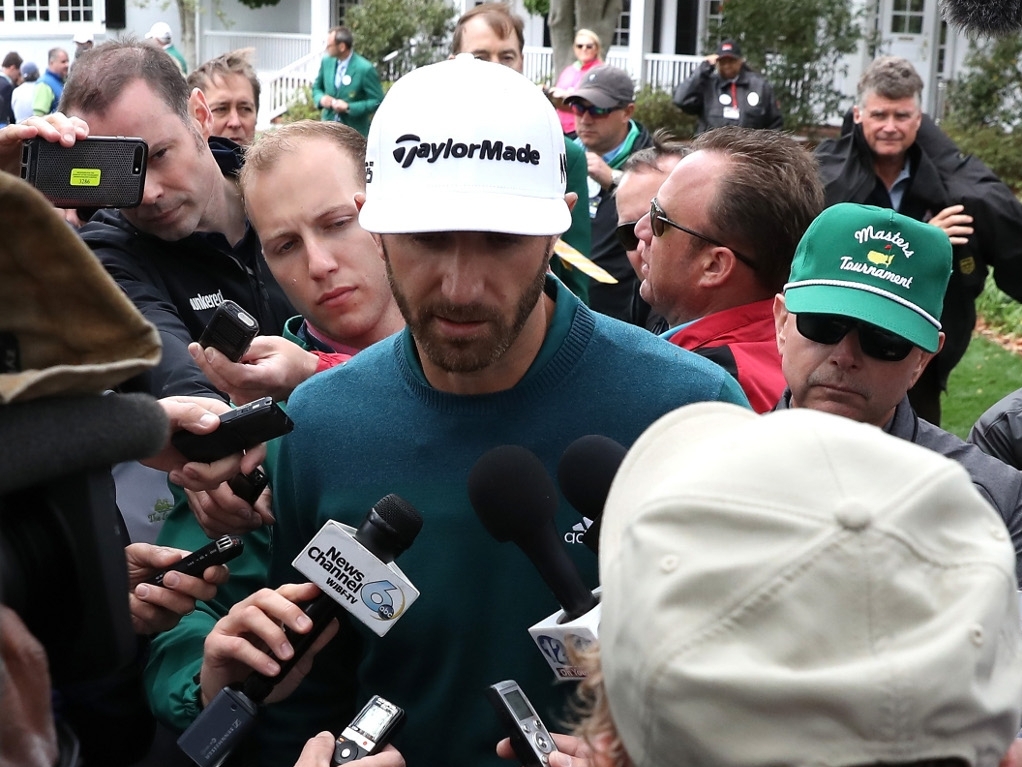 Dustin Johnson has been forced to withdraw from this year’s Masters after suffering a freak injury at his rental home on Wednesday.

The World No 1 tripped and fell on wooden stairs, injuring his back on the eve of the biggest golf tournament of the year and leaving him in serious doubt for Thursday’s opening round.

“He landed very hard on his lower back and is now resting, although quite uncomfortable,” Johnson’s agent David Winkle said Wednesday.

Despite the injury, Johnson was hopeful of still being able to play.

He made his way to Augusta on Thursday morning, and was spotted on the practice range hitting shots under the watchful eye of Butch Harmon, following an earlier session in the physical therapy trailer.

He then told ESPN’s Tom Rinaldi that he will “give it a try” before heading to the first hole, where he was due to tee off alongside two-time Masters champion Bubba Watson and PGA Championship winner Jimmy Walker.

But at the very last minute, moments before his opening tee shot, the American had to make the agonising decision to withdraw.

“I’m playing the best golf of my life and to have a freak accident happen yesterday afternoon, it sucks really bad,” said Johnson.

“I have been worked on all morning and obviously I can take some swings, but I can’t swing full, I can’t make my normal swing and I didn’t think there was any chance I could compete.”

The 15-time PGA Tour winner added: “I was wearing socks and slipped and went down the three stairs. The left side of my lower back took the brunt of it and my left elbow is bruised as well.”

Johnson was the hot favourite to walk away with the Green Jacket this week following three victories in his last three starts, and he will no doubt be cursing his rotten luck at not being able to take full advantage of his rich vein of form.