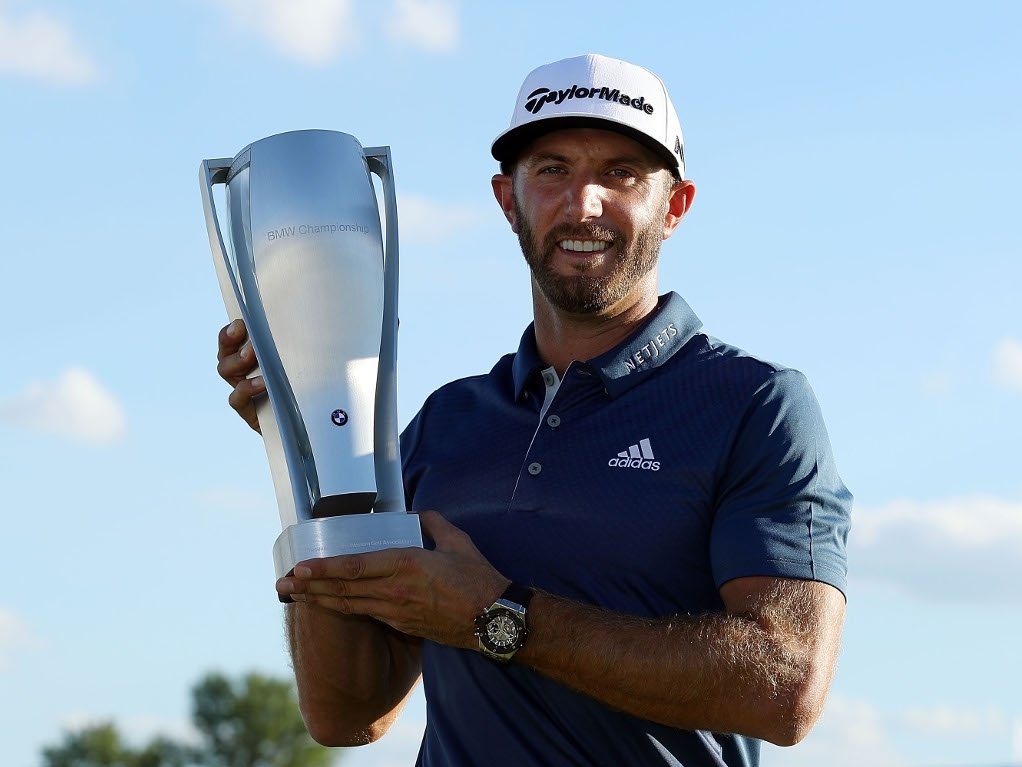 Dustin Johnson moved to the top of the FedEx Cup on Sunday after cruising to a three-shot win at the BMW Championship.

Johnson, who carded a five-under-par 67, has now won three of his last eight tournaments, including his maiden major title at the U.S. Open in June and the WGC-Bridgestone Invitational in July.

The 32-year-old concluded the tournament on 23-under, well ahead of closest competitor Paul Casey, who finished in second on 20-under.

Roberto Castro came in third on 17-under, while world number one Jason Day did not make it through the final round.

Johnson did not get off to the best of starts as he made a birdie and consecutive bogeys on his first three holes. He recovered from his sluggish start to make four more birdies to round off the front nine.

A birdie and bogey followed to start the back nine and even though his lead was reduced to one when Casey made an eagle at the par-five 15th, Johnson responded by sinking an 18-foot eagle putt to give himself some breathing space again.

The reigning U.S. Open champion, who fired a course record 63 on Friday, subsequently went on to win the tournament without any trouble.

Casey, who also recorded a 67, began with a trio of birdies on the front nine before stumbling with his lone bogey of the round at the 10th. He atoned for his mistake with a birdie at the 12th and came within touching distance of Johnson following his 24-foot eagle putt at the 15th, but with Johnson making an eagle of his own, Casey was unable to catch up with the American and had to settle for second place for the second straight week.

Day, meanwhile, managed to get through eight holes on Sunday, making a birdie, bogey and double bogey at the par-three third before pulling out with back pain.

It was also a day to forget for world number nine Rickie Fowler as he failed to qualify for the Tour Championship after finishing 59th.