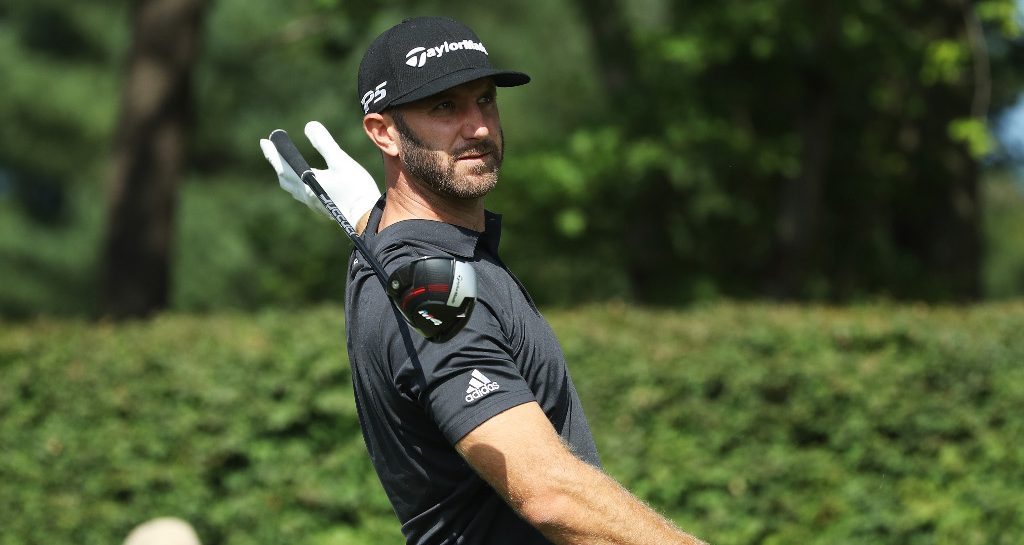 World No 1 Dustin Johnson had a pretty eventful opening round at The Northern Trust on Thursday.

The American, who has never won the FedEx Cup, opened with a solid four-under round of 67, although it could have been so much better.

At the par-3 sixth he very nearly made a hole-in-one, only for the ball to catch the lip of the cup and stop just a few agonising inches away.

It's in the … oh no …#QuickHits pic.twitter.com/Q3lnfJ2RUU

As Johnson walked to the green to finish a his tap-in birdie, a spectator couldn’t resist a cheeky jibe:

“Come on, DJ, you couldn’t put that one in for us?

Johnson may have considered himself a bit unlucky to miss out on an ace, but it was nothing compared to his misfortune at the par-5 17th.

A horror drive forced him to hit a second tee shot. And after his approach to the tough pin location rolled back off the green down a severe slope, he duffed his chip shot.

From T2 to T17. pic.twitter.com/JHwBsnkZzL

The end result was a triple-bogey eight – his only blemish on a day that included seven birdies.

Despite it all, Johnson finds himself just one shot off the lead – albeit on a day he could have ended up leading by four.