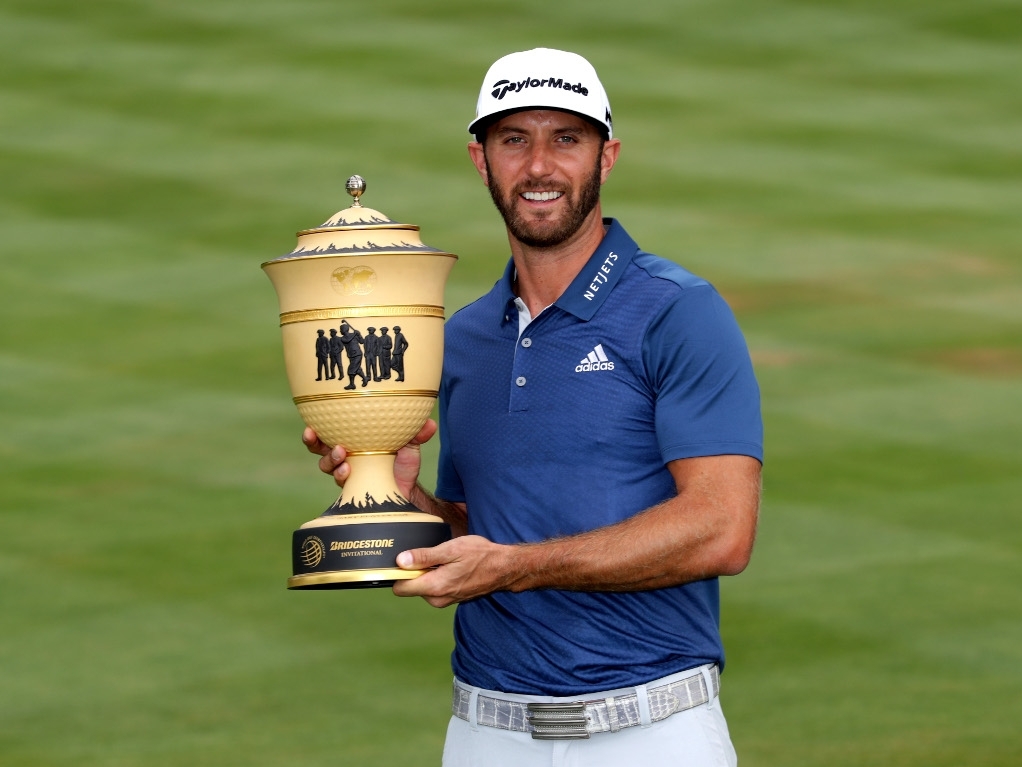 Dustin Johnson rallied past world number one Jason Day to triumph at the WGC-Bridgestone Invitational on Sunday.

Johnson, who ended the tournament on six under, carded a four-under-par 66 in the final round to claim a one-shot victory and will now head to next week's Open Championship as the man to beat.

Day looked on track for victory, but stumbled late on as he dropped three strokes on the closing stretch and was forced to settle for a tie for third with Jordan Spieth, Kevin Chappell and Matt Kuchar, all of whom finished on three under.

Scott Piercy finished in second on five-under after firing a level-par 70, while defending champion Shane Lowry finished 12 strokes adrift of Johnson in a tie for 36th.

Johnson, who started the day three strokes off the lead, kicked off his round with three birdies and a bogey on the front nine, which included a 26-foot birdie putt at the fifth. Successive birdies at the 13th and 14th continued to help his cause, but it wasn’t until he holed a 16-foot birdie putt at the 17th that he found himself atop the leaderboard and on the verge of victory.

Even though he went on to register a bogey at the 18th, the world number three held on to capture his third WGC title.

Piercy and Day were the overnight leaders heading into the final round at Firestone Country Club, but Piercy endured a highly turbulent round, which consisted of four birdies and four bogeys, and found Johnson to be just out of reach despite making a seven-foot birdie putt at final hole.

A further bogey at the 18th saw Day slump further down the standings and into a tie for third.

Spieth surged up seven spots on the leaderboard after carding a 67, which saw him make two birdies and a bogey on the front nine ,and two birdies, which included a 21-foot birdie putt at the 12th, on the back nine.