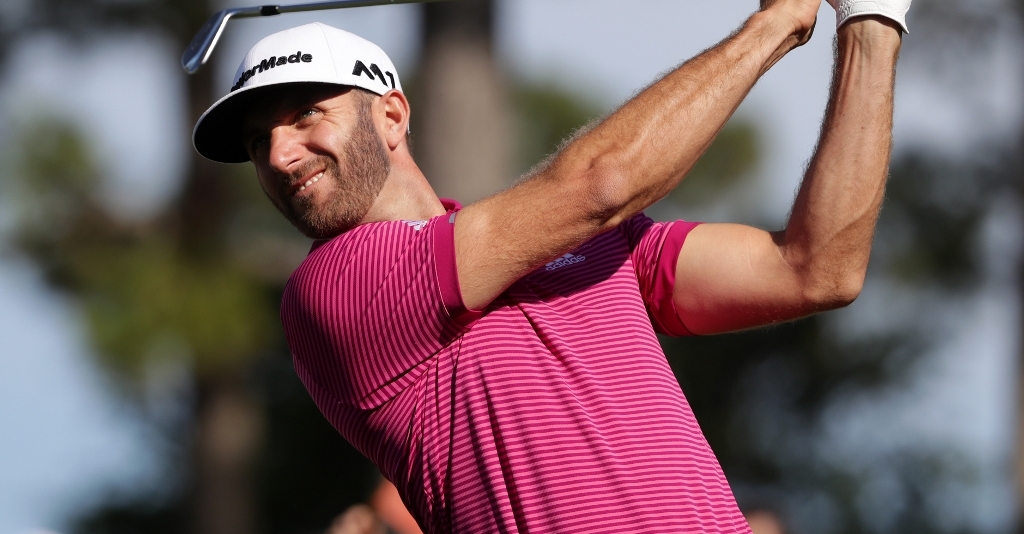 World No 1 Dustin Johnson’s recovery from the back injury that ruled him out of the Masters is complete.

The 32-year-old will tee off in the Wells Fargo Championship on Thursday, ready to put his past disappointment behind him.

Johnson was the hot favourite leading up to the Masters, coming off three wins in three starts, but he had to withdraw on the eve of the tournament after being involved in a freak accident at his rental home.

Johnson injured his back in the fall, and while he headed to Augusta the following day hoping to still take part, he had to accept that it wasn’t to be.

Luckily, a subsequent MRI revealed only a deep bruise, and Johnson is fit again and ready to return to action.

Looking forward to getting back at it next week at @WellsFargoGolf. Hard work pays off. pic.twitter.com/Vcwzv0nnuK

“I haven’t practised much the last few weeks.

“Obviously I had to rest and it was sore for a while – a lot longer than I thought it would be.

“I don’t really have many expectations but I’m feeling good.

“I feel like I am swinging really well so we’ll just have to see what happens.”

Johnson admitted watching Sergio Garcia win the Masters from his couch was not a fun experience.

“It was tough to watch [the Masters] but I couldn’t do anything else – I was still laying on the couch,” Johnson added.