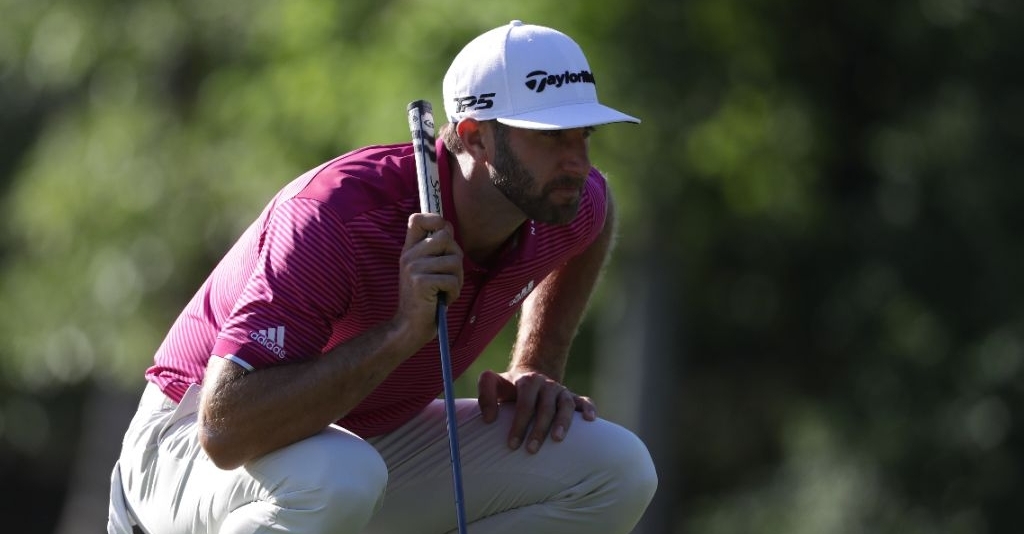 Dustin Johnson made a successful return from injury after getting within touching distance of the lead on the opening day of the Wells Fargo Championship.

The world number one was injured on the eve of the US Masters last month after slipping on the stairs and badly bruising his back.

But he successfully came through his comeback at the Eagle Point course in North Carolina after carding a two-under-par round of 70.

That was four strokes behind overnight leader Francesco Molinari.

“I hit the ball great. If I hit it like I did today (over) the next few days, I’ll be right there on Sunday.”

Molinari holds a one shot lead over the quartet of JB Holmes, Alex Noren, Grayson Murray and Brian Campbell after his six under par round of 66.

The Italian – seeking his first PGA Tour win after four victories on the European Tour – chipped in from the edge of the green on both the fifth and the last.

Molinari said: “Just a good, solid round. I hit a lot of good shots, gave myself a lot of chances. I missed some makeable ones but made a couple from off the green, so great day.”