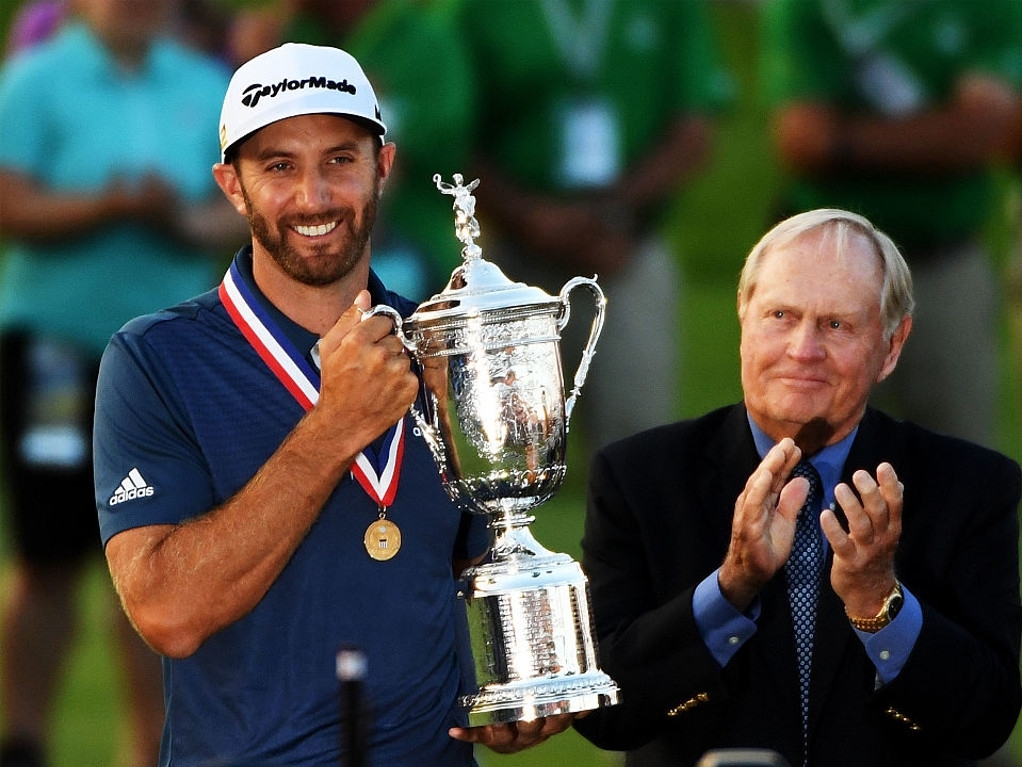 Dustin Johnson finally shook off the title of ‘nearly man’ to win his first major at the 116th US Open at Oakmont on Sunday, keeping his cool on the home straight amid confusion over a potential penalty stroke.

Johnson shot a one-under par round of 69 to finish at four under, three shots ahead of overnight leader Irishman Shane Lowry, and Americans Jim Furyk and Scott Piercy.

The controversy stemmed from the fifth hole when Johnson’s ball moved as he stood over a short par putt.

Johnson stepped back and called over an official to let him know what had happened and that he hadn’t grounded his club. The official seemed satisfied and Johnson continued with his round.

Things got complicated a few holes later when Johnson was approached by USGA officials on the 12th tee and told that the issue wasn’t settled and that he could still be docked a penalty shot after finishing his round.

Still, Johnson remained focussed as those around him crumbled, finishing with a flourish and a birdie on the last hole, to ensure the win even if he was penalised a shot on review. Fortunately, that didn’t happen.

Lowry, who started the final round with a four shot lead, dropped three shots on the front nine and never looked like getting them back, hitting seven bogies to finish with a 76.

England’s Lee Westwood began the final round at three under, but shot a disastrous 43 going out before finishing with a 10-over par round of 80.

Johnson’s first major is a milestone considering the number of near misses in his career going into Oakmont, including his final green meltdown at Chambers Bay last year, but the actions of the USGA will overshadow the win.

Professionals watching the proceedings tweeted their disapproval of the USGA’s actions, with Rory McIlroy and Jordan Spieth criticising the officials.

McIlroy called the USGA ‘amateur’ while Spieth labelled the decision ‘a joke’.