Johnson and Stenson make their moves 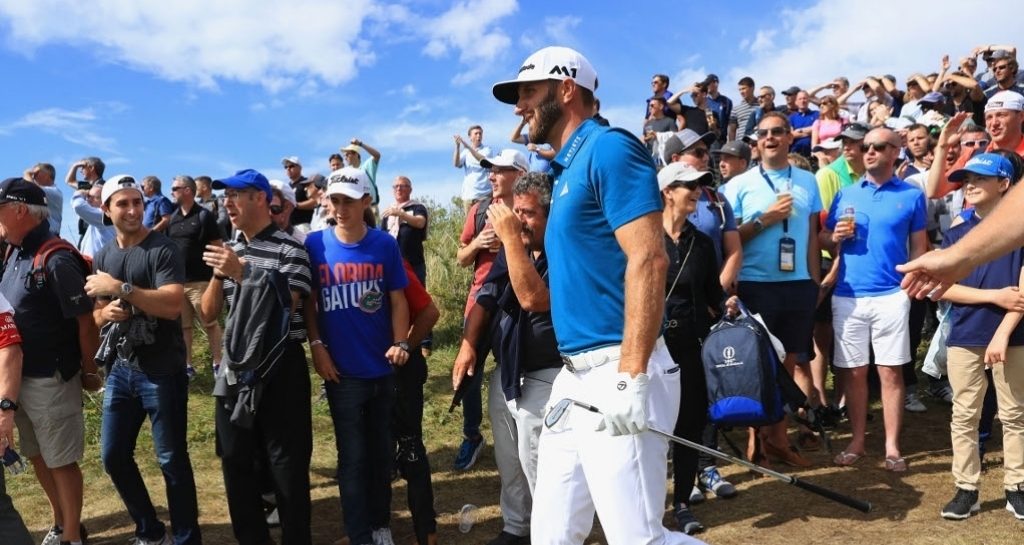 World No 1 Dustin Johnson and defending champion Henrik Stenson both made significant moves up the Open Championship leaderboard on Saturday.

For a while, Johnson – one of the pre-tournament favourites with BetVictor – had Branden Grace's historic, record-breaking 62 in his sights, but ultimately the American had to 'settle' for only a six-under-par 64.

That vaulted him 30 places up the leaderboard and into a provisional tie for fifth place on three under.

Johnson was already six-under for his round through 15 holes, and two more makeable birdies from there would have seen him shoot 62 as well.

But he missed an 8-footer on No. 16 and could not birdie the reachable 17th hole after finding a bunker off the tee.

The week's second-best round has lifted #FedExCup leader @DJohnsonPGA into contention at Royal Birkdale. pic.twitter.com/MR6mEaXgIY

Stenson, meanwhile, joined Johnson on three under par after shooting a third-round 65 that featured six birdies and a bogey.

"It was great, reminiscent of last year's Open for me. I played my best round of the week and I am grateful for the support," he said.

"I am still there, it is a long way to go for the later groups, if they keep getting birdies they will be too far ahead."

As impressive as both men's rounds were, with Royal Birkdale there for the taking thanks to the much calmer conditions on offer, they could find themselves well back at the end of the day.

After teeing off in the afternoon, leader Jordan Spieth picked up three birdies on the front nine to move to nine under par – with the prospect of more to come.