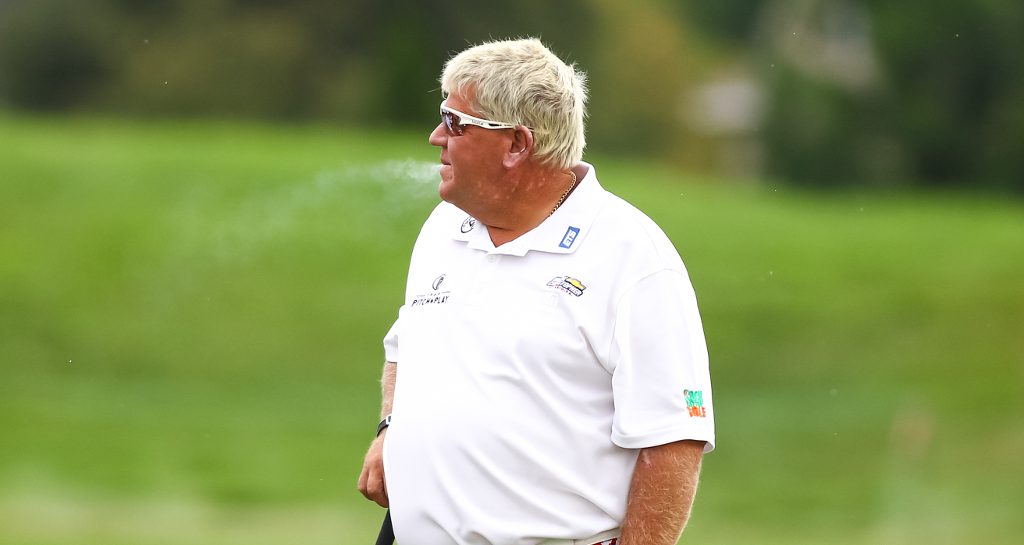 So inspiring and impressive was Woods’ Masters win on Sunday, that many now believe the race to 18 majors is very much on again.

Woods currently has 15 major wins, so he will need three more to even equal the legendary Golden Bear, and four to surpass him.

That’s no simple task for a 43-year-old golfer, but Tiger has lots of people believing again, and Daly is one of them.

“I not only think, I know he will,” Daly told TMZ. “It’s just destiny.

Daly believes there is a sense of inevitablity about Tiger going on to beat Jack, likening it to when the Chicago Cubs finally won the World Series after a wait of more than 100 years.

“I never thought he was gone… I still feel like he’s going to win Nicklaus’ records and I’ve always believed in him.”

Daly also revealed there would be no miraculous comeback for him as there has been for Tiger, as his knee is in no shape to allow him to play golf again after undergoing surgery.

As for Donald Trump giving Woods the Presidential Medal of Freedom, Daly has no problem with it.

“Tiger definitely deserves it,” he said.