John Daly reveals he has been diagnosed with bladder cancer 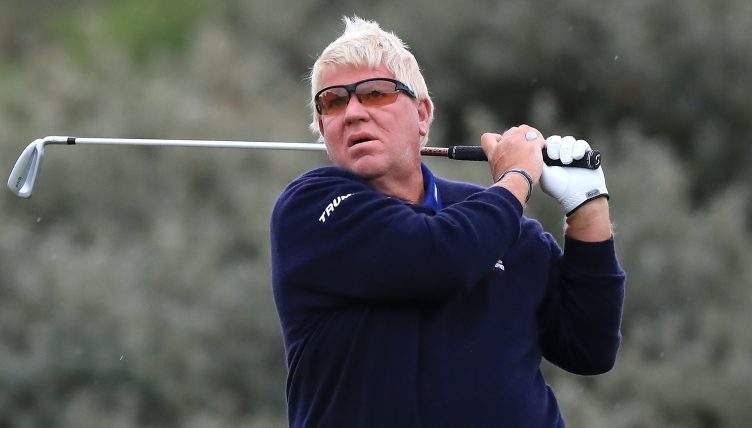 Two-time major winner John Daly has revealed he has recently been diagnosed with bladder cancer.

Daly, who won the 1991 US PGA Championship after being the ninth alternate before triumphing in The Open four years later, said the issue came to light after visiting a doctor about kidney stones and a bad back.

The 54-year-old underwent a procedure to have the cancer removed from his system but he has been told there is a high probability of it returning.

“(The urologist said) it doesn’t look like any stones are in there. But unfortunately, you have bladder cancer,” Daly told the Golf Channel.

“He said there’s an 85 per cent chance it comes back. I’ve got to go back and see him in three months. They will probably have to cut it out again. It’s probably going to come back, and then another three months that you don’t know.

“Luckily for me they caught it early, but bladder cancer is something that I don’t know all the details. But it doesn’t look like it may go away. We will just see what happens. Maybe there’s a miracle.”

Daly, a five-time PGA Tour winner, is well-known as a larger than life character on and off the course but he admitted he may seek to alter his dietary habits in a bid to improve his odds of beating cancer.

“I’m cutting way, way back on the Diet Coke and counting minutes before I can have a cigarette. I’m trying to quit smoking,” Daly added.

“The doctors aren’t saying it’s too late. Unfortunately, it’s a cancer that keeps coming back. But I’m going to listen to them, and I’m going to try and quit smoking.

“If it comes back, it comes back. Six months to a year, if it doesn’t go away, I’m going to live my life. I’m gonna have some fun.”

Daly later took to Twitter to thank fans for their concern, writing: “Hey All, thank you all so much for all the love, texts, msgs & support thru this!

“It’s all still shocking for me but know I’ll do what I have in me to beat this! My whole life I’ve beaten the odds, so it’s NOT time to stop now!”