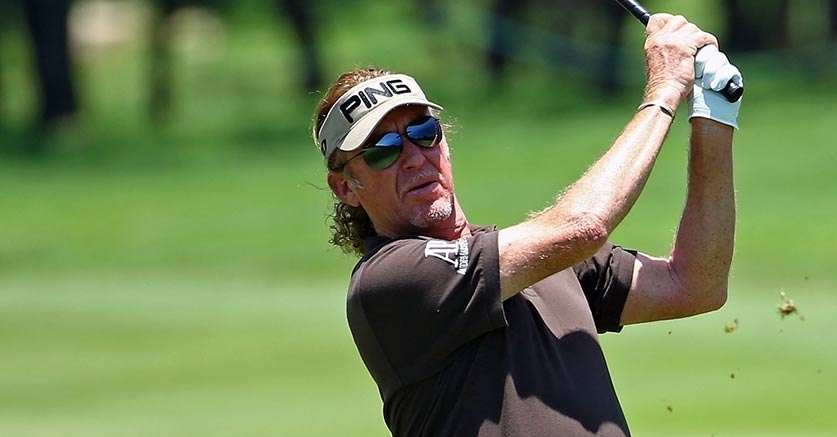 Miguel Angel Jimenez is targeting what would be a record-breaking fifth win at the UBS Hong Kong Open this weekend.

The Spaniard is no stranger to records on the European Tour, as he is already the oldest winner on the circuit and holds the record for the most hole-in-one’s at ten.

Jimenez enjoys the Fanling course, as proven by his four previous victories. A fifth win would see him stand out as the only player to have won the event five times. He would also join a select few who have won the same European Tour event five times, namely, Tiger Woods, Tom Watson and Bernhard Langer.

Leading up to Thursday's tee off, the Malaga native is happy with his form.

"I'm playing pretty well and hitting the ball better so I am feeling good," he told europeantour.com.

"I always feel good when I come here to Fanling. I'm looking forward to it of course. Hopefully, I can play well for the first few days and then we see what happens at the weekend.

"It would be great to win obviously. I don't think anyone has won this event five times so it would be a special moment for me if I can make some more history here, but we have to wait and see."

The 51-year-old will face stiff competition in Hong Kong, mainly from the likes of Justin Rose, Dustin Johnson and former US Open winner Graeme McDowell.

"It's great to see such a good field here this week," added the 21-time European Tour winner.

"We have Major winners, some of the highest ranked players in the world and some of the biggest names in the game and that can only be good for the tournament.

"You want to have the biggest and best fields as possible and you want to try and beat these guys to show you are still competitive."