Jimenez rolls back the years in Switzerland 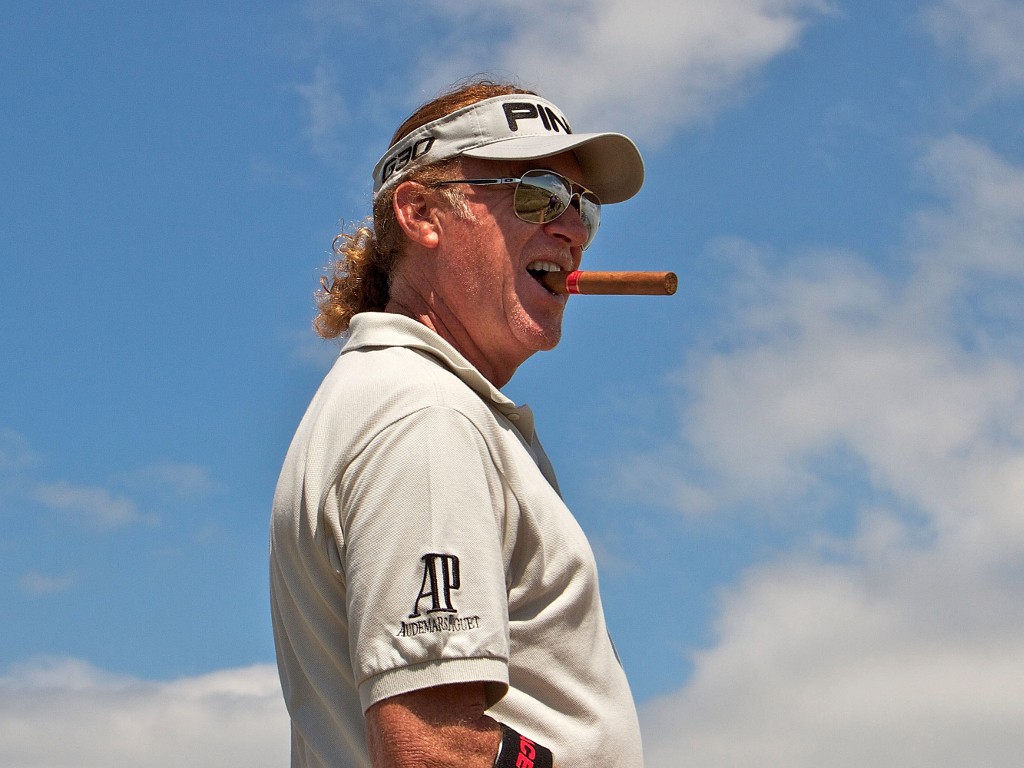 Miguel Angel Jimenez turned back the clock to share a lead of the Omega European Masters after the opening round on Thursday.

The 53-year-old took advantage of the benign conditions around the picturesque Crans-sur-Sierre Golf Club in the Swiss Alps to card a six under 64, enough for a share of the lead with Englishman Tyrrell Hattan and Australia’s Scott Hend.

The Spaniard started on the back nine first up and bogeyed his second hole, but rallied back with three birdies over his next four holes and another on the 18th.

Jimenez continued up the leaderboard with back-to-back gains on the second and third before a sublime tee shot left him just six feet for eagle on the signature seventh. Unfortunately, Jimenez settled for another birdie.

Miguel + TopTracer + The most scenic hole on the European Tour 😍 pic.twitter.com/tC452GQ2mQ

Should the charismatic Jimenez – known for smoking cigars and his odd warm-up routine – win this weekend, he would break his own record as the oldest winner on the European Tour.

Meanwhile, Hatton enjoys a welcome return to some form after making just two cuts in his last nine starts.

Further down the leaderboard are five players locked on five under, including South African duo Darren Fichardt and Richard Sterne. Veteran Lee Westwood, making his 500th European Tour start this week, opened with a one over par 71.