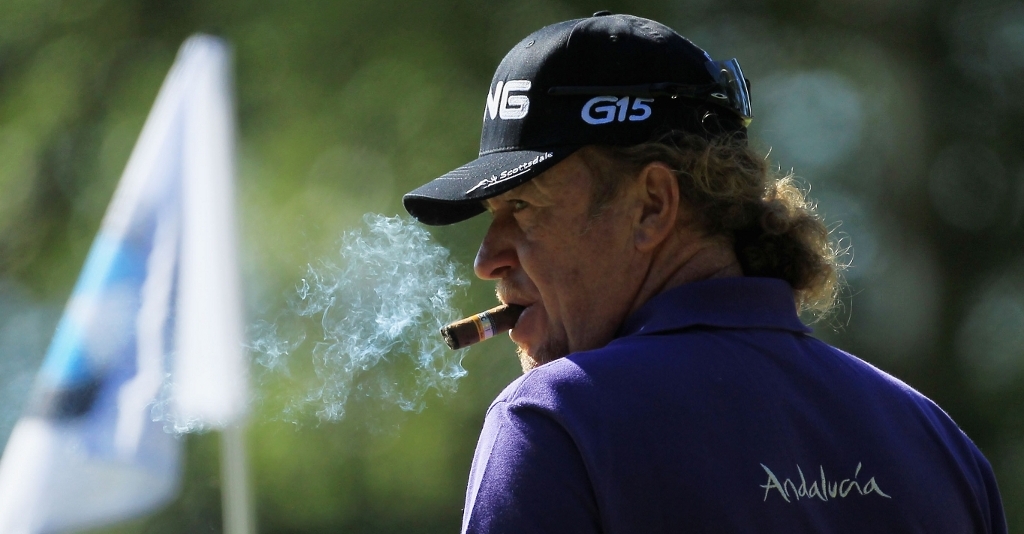 Miguel Angel Jimenez will be joined by his Ryder Cup teammates Victor Dubuisson and Graeme McDowell at the Hong Kong Open in October.

The star-studded Hong Kong Open already has the likes of Patrick Reed, Justin Rose and Dustin Johnson already competing at the event.

Four-time champion of the event, Jimenez, expressed his love for the tournament as he reminisced on all of his victories on the Fanling-based course.

"What can I say about Hong Kong I haven't said before?" the Spaniard said in a statement from the organisers. "I love the tournament and have so much personal history there that it is just a very special week for me.

"Not many players in the history of the game have won the same tournament four times, so every time I go to Fanling I feel I have a great chance to play well and hopefully win.

"I know no-one has won the event five times, so if I can do it again it would be an unbelievable feeling."

However, fellow Europeans McDowell and Dubuisson will be looking to prevent the 51-year-old from claiming his fifth Hong Kong Open Trophy.

On his admiration for the tournament, the Frenchman stated that the city atmosphere and the fact that the tournament is on both the European Tour and the Asian Tour is the reason he decided to compete in it.

"The UBS Hong Kong Open is one of those tournaments which has a unique atmosphere," Dubuisson told europeantour.com.

"I think it is a combination of a great city, a fantastic golf course and the fact that The European and Asian Tour players come together to create that special ambience. It is a special place and a special tournament so I would be honoured to be able to win there."

Echoing similar words, McDowell is eager to get back to Hong Kong having not competed in the tournament since 2010.

The 36-year-old explains that he has fond memories of Fanling and that after coming close to winning on so many occasions, he hopes to finally come out as champion.

"I’m looking forward to getting back to Fanling…I’m not sure you can ever say that a venue 'owes' you anything," said the Northern Irishmen.

"But I have had some really good results there and it would be pretty sweet to get a win there after going close on a couple of occasions.

"The last time I was there was 2010 and it's a course that I love. It's a real old-school layout and I think the thing the players love about it is that it has stood the test of time. Sure, the scoring is quite low at the tournament but it makes for really exciting golf, and with such good crowds there every year it seems the event is always a real highlight for the players."