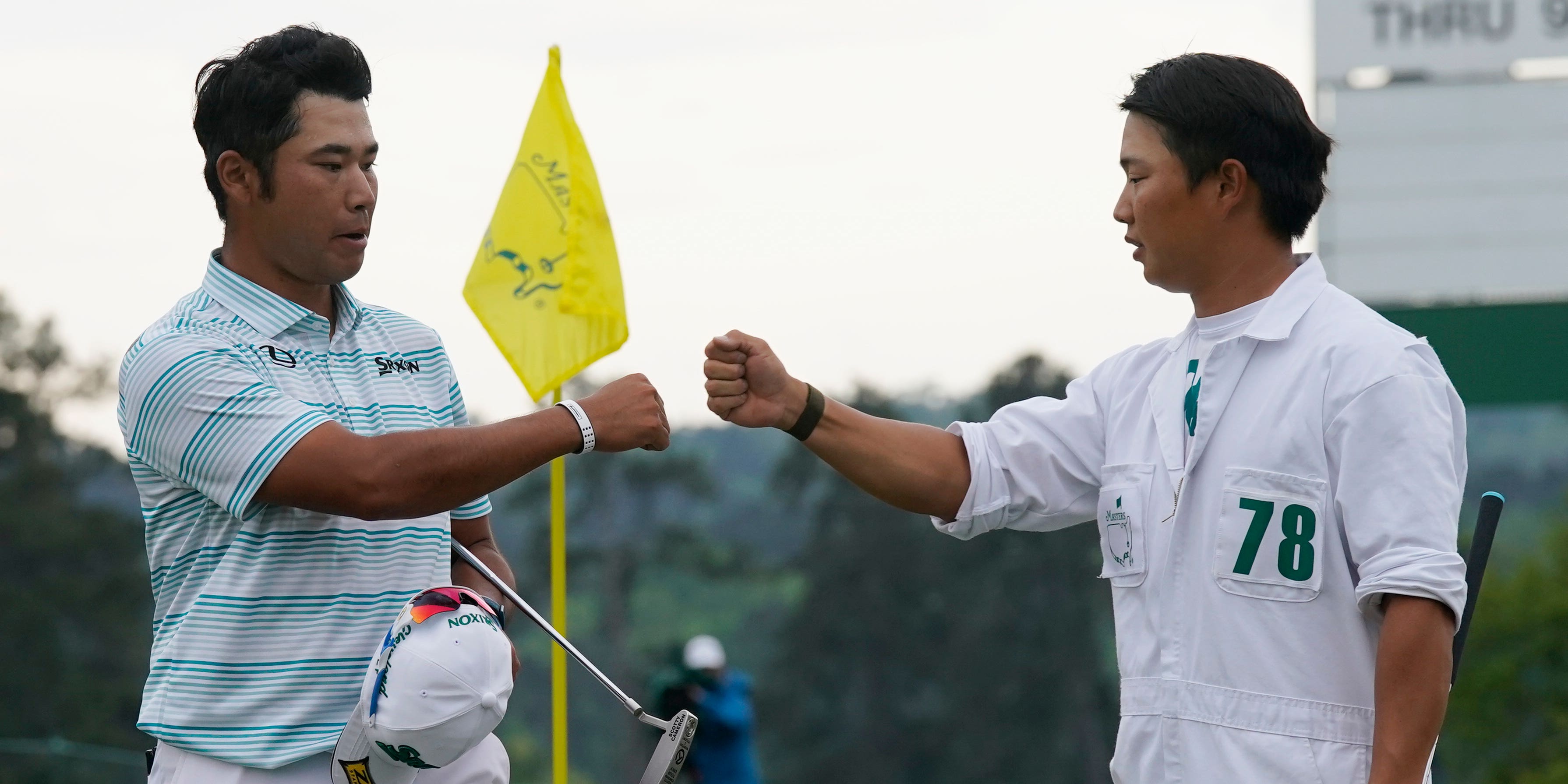 Japan’s Hideki Matsuyama produced a brilliant 65 to open up a four-shot lead after the weather-affected third round of the 85th Masters.

Following a 78-minute delay due to a thunderstorm, Matsuyama fired an eagle and four birdies to cover the back nine at Augusta National in just 30 shots and take a massive step towards his first major title.

The first bogey-free round of the week left Matsuyama on 11 under par, with halfway leader Justin Rose, Xander Schauffele, Marc Leishman and Will Zalatoris all on seven under.

Aided by a hole-in-one on the sixth, Canada’s Corey Conners shot 68 to hold outright sixth place on six under, with 2015 champion Jordan Spieth on five under after a disappointing 72.

Rose held a one-shot lead at the halfway stage and moved three clear with birdies on the first two holes in round three, only to drop shots on the fourth and fifth after failing to get up and down from greenside bunkers on both holes.

The former US Open champion parred the sixth and had safely found the seventh green in regulation when the hooter sounded to call the players and spectators off the course due to an approaching thunderstorm.

When play resumed Matsuyama returned in simply inspired form, punching his second shot to the 11th underneath the branches of a pine tree to set up a birdie and also picking up a shot on the next to join Rose in the lead.

The 29-year-old was caught out by the slower, rain-softened greens when he three-putted the 13th for par, but then produced a stunning long-iron approach to the 15th to set up an eagle from just six feet.

Birdies on the 16th and 17th took Matsuyama further ahead and he completed the first bogey-free round of the week by any player with a superb up and down from over the 18th green.

Rose matched Matsuyama’s birdie on the 12th but dropped a shot on the 16th and had to settle for a second consecutive 72 following his brilliant opening 65.

Playing alongside Rose in the final group, Zalatoris returned a 71 as he bids to become the first player to win the Masters on their tournament debut since Fuzzy Zoeller in 1979.

The 24-year-old has yet to win on the PGA Tour and was ranked outside the world’s top 2,000 a little over two years ago.

World number two Justin Thomas saw his hopes of a second major title disappear when he dumped his third shot to the 13th into Rae’s Creek and ran up a triple-bogey eight in a round of 75.

Scotland’s Robert MacIntyre continued to impress on his tournament debut, the left-hander carding a second successive 70 to reach two under par.

“I’m happy enough,” MacIntyre said. “I made a crazy mistake on the par-five 13th (three-putting for a bogey) but other than that I played solid stuff.

“It was tough early on, the wind started getting up and I was stood on the 14th tee and there was stuff falling off the trees on me. But once the storm came through it calmed it down and you could get at it.

“I’m not here just to make up the numbers. I’m here because I got here on merit, and I’m here to win a golf tournament. If I wasn’t trying to win this golf tournament, I’d be sitting at home with my feet up watching it.

“I’ve prepared for the last year; my goal was top 50 in order to get in this golf tournament because I love watching it so much. I’m here now, and I’m trying to win it.”