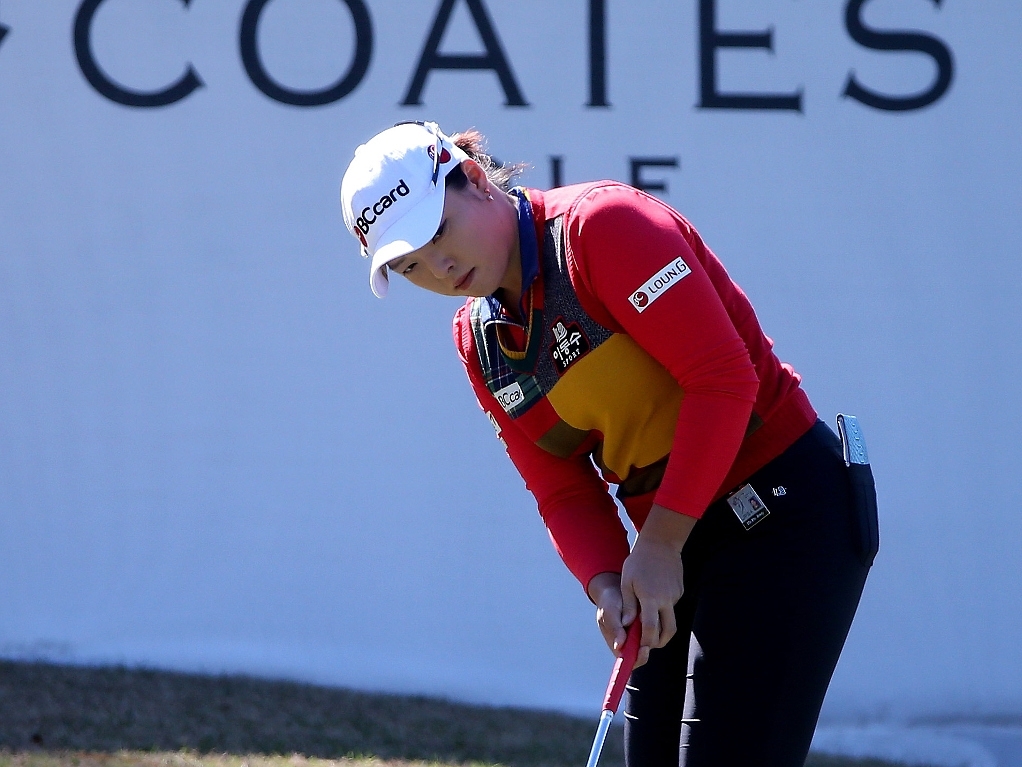 Ha Na Jang carded level par 72 to retain a one-shot lead at the Coates Golf Championship after the completion of Friday's second round.

Jang notched a birdie on the par-three fourth to move two shots in front of Lydia Ko (69) and Haru Nomura (66), but found herself in trouble on 13th, which was designed in tribute of the famous Road Hole at St. Andrews.

After a wayward approach shot, Jang found herself between the road and the wall on the par-four, to the right side of the green.

Jang called for a ruling by the officials, but was forced to hit her third shot off the path with a wedge after LPGA rules official Marty Robinson was unable to provide her with any assistance.

Her ball ran over the green and after hitting another shoddy chip, she notched a double-bogey six and dropped back to six-under.

The Korean player then reclaimed the lead on seven-under after draining a 10-foot putt on the 18th.

"Really five minutes I think about shot. I think too much thinking is a really big miss, like number 13 the second shot. So little push my five iron and then over the green and on the cart path," Jang told the press from the clubhouse after her round.

"I was really angry after number 13 but my caddie say no angry, too many holes right now. Two more days so you keep going simple, simple. Don't think about it No.13. So ok I can try two more birdie, so it's no problem."

Ko had to complete her second round after play was suspended on Thursday with lightning in the area. The world number one had hoped to hit only one put, but instead three-putted from within 15 feet at the ninth, having started her round on the back nine. As a result, the New Zealander dropped out of a share for the lead.

"Yeah, for three putts," Ko said when asked about her return to the course on Friday.

"But no, what can you do? I just hit all of my, apart from the third one, a little too hard. So I'm going to go get maybe two more hours of sleep and get out here later this afternoon."