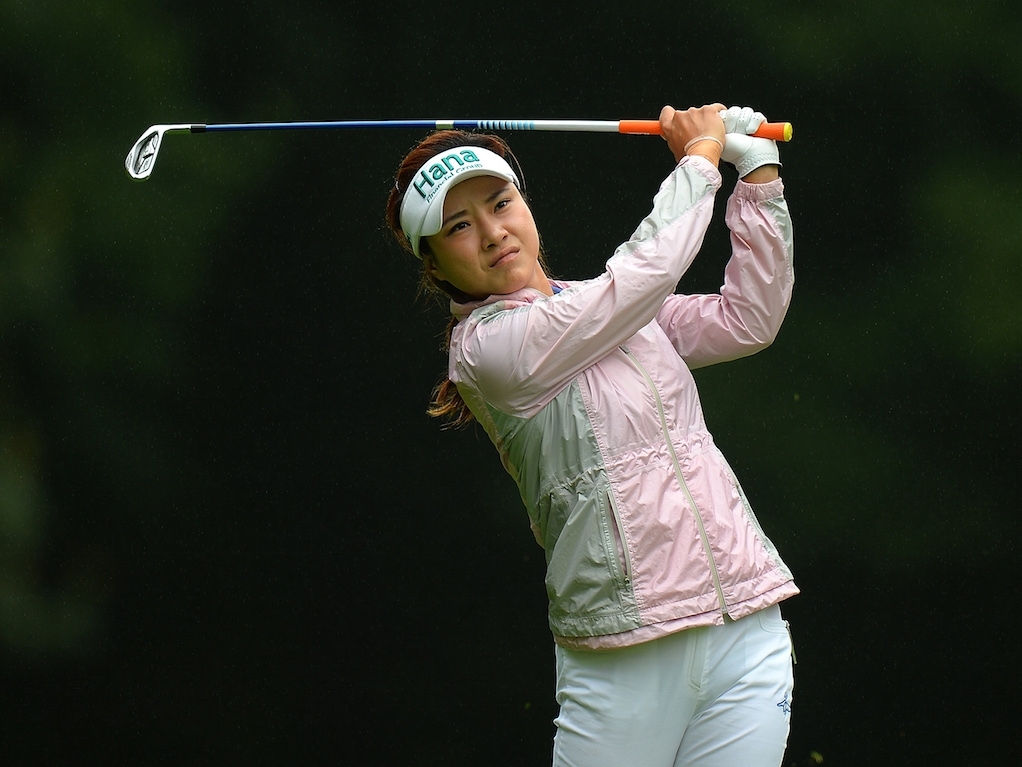 Jang and Park opened with scores of 69 on Thursday and then both players posted the same number on Friday to get to six-under-par and lead the tournament by one stroke from So Yeon Ryu, Shanshan Feng, Lee-Anne Pace and Brooke Henderson who all sit in a tie for third.

Conditions were tough on Friday but both Jang and Park were in complete control of their swings as they remained patient and converted four birdie opportunities and dropped just one shot each.

Both players have won just twice on the LPGA Tour and so will be desperate to maintain their current grip on the tournament.

Lurking in a tie for 18th though is Lydia Ko. The New-Zealander is renown for finishing tournaments strongly and will no doubt fancy her chances if she can start Sunday within reach of the leaders.

The world number one seemed out of sorts on Friday as she carded a 73 but after the year she has had, she is not short of confidence and will expect to bounce back strongly.