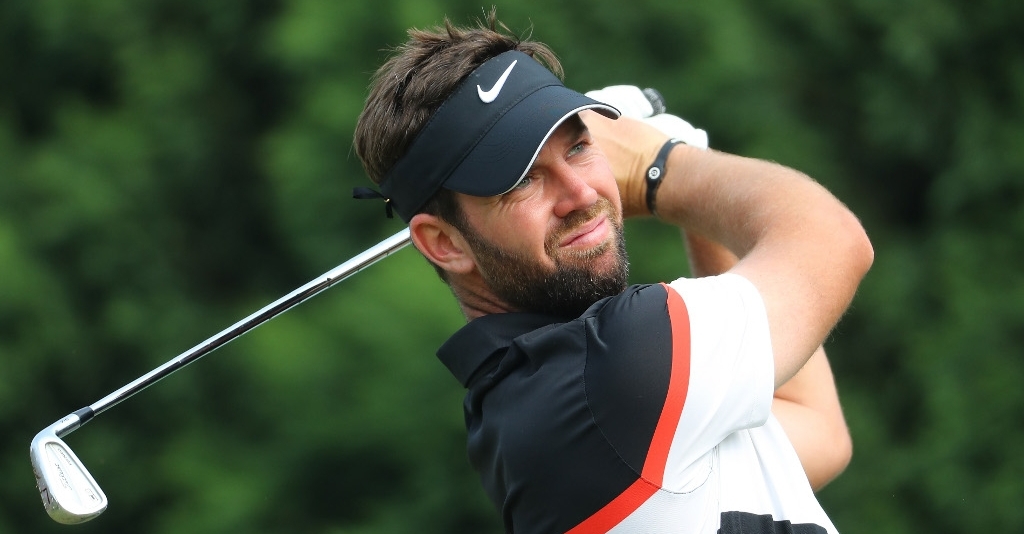 A short sharp thunderstorm disrupted round two of the Tshwane Open on Friday, but not before Scott Jamieson of Scotland and Alexander Bjork of Sweden had moved into the lead at Pretoria Country Club on a halfway score of 10-under-par.

That gave them a one-stroke edge over James Morrison of England, who had his round interrupted for just short of an hour. The South African trio of Peter Karmis, Thomas Aiken and Justin Walters were in a share of fourth at eight-under-par.

Jamieson, the 2012 Nelson Mandela Championship winner, just squeaked his round of six-under-par 65 in ahead of the storm, and he was pleased with his game.

“I was very solid again from tee to green like yesterday,” he said. “I’m delighted with that. I struggled a bit last week from tee to green but it seems to have clicked this week. Hopefully I can hole a few more putts this weekend.

“I think I hit about 16 greens yesterday and it was probably something similar today so if I can keep that up and be on 16 greens and make a couple of putts out there, I can keep it going.”

Bjork, who is in his rookie season on the European Tour after a very good year in 2016 on the Challenge Tour, maintained a challenge with a four-under-par 67 which included two bogeys.

“I played well today,” he said. “I had some troubles on some holes with the distance on the irons but overall, it was a good round.

“The trouble was with the altitude because we are playing really high. Last week it was even higher but it was cold so I don’t really know how long the ball flies this week. It’s tough to really trust it sometimes but I was hitting a lot of good irons and some of them ended up short and some were a little bit long. But it was tough and hopefully it’s better tomorrow.”

The round of the day belonged to Aiken, who seemed on his was to what would have been a remarkable 59 after his opening round of one-over-par 72. In the end, a bogey on the seventh – his 16th – and a par-save on the ninth after a visit into the water stymied his efforts.

But he was thrilled with his nine-under-par 62.

“It was there,” he said. “You don’t get too many opportunities in your career to shoot one. You get close now and then. I did my best to try and make a few birdies when I had the opportunity coming in, and it just didn’t happen. It just shows that when you force issues – it just doesn’t happen. But one has to give it a try.”

There was a group of three players on seven-under-par, three shots off the lead, consisting of South African Garth Mulroy, France’s Gregory Havret and Finn Mikko Korhonen.