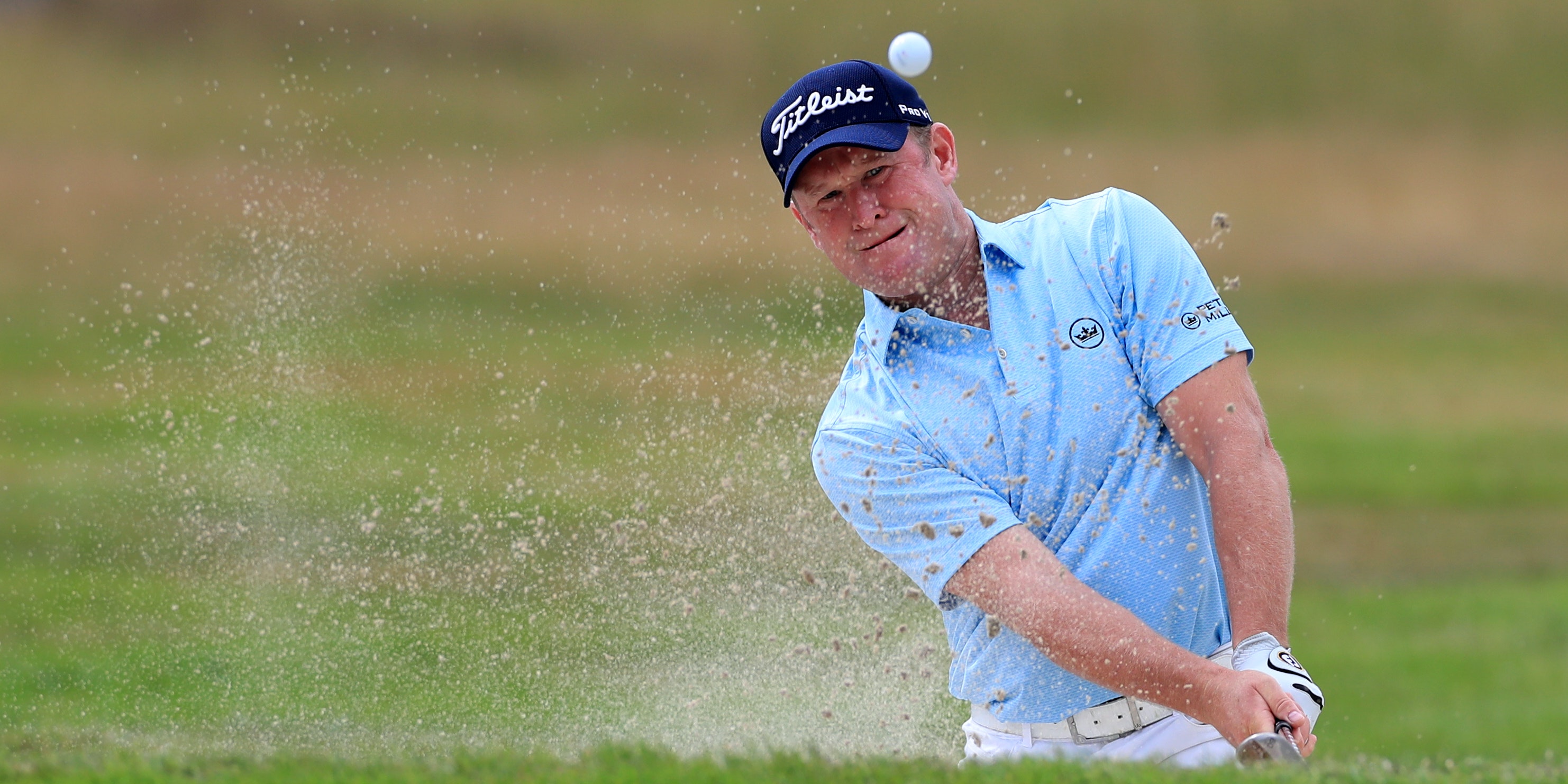 Jamie Donaldson will take a one-shot lead into the final round of the Aphrodite Hills Cyprus Open as he looks to complete a remarkable comeback six years on from sealing the winning point for Europe at the Ryder Cup.

After claiming a third win in as many seasons at the Czech Masters to seal his place on Paul McGinley’s team in 2014, Donaldson’s approach into the 15th at Gleneagles in the singles finished a foot from the hole, bringing a concession from Keegan Bradley and securing the vital point as Europe won 16.5-11.5

The Welshman finished fourth on the Race to Dubai that season but has not made the top 45 since, losing his card in 2018 and missing seven months due to wrist surgery at the end of that campaign.

The 45-year-old is now on the European Tour due to a medical extension and playing on an invite in Paphos this week, but a third-round 69 had him at 14 under and in pole position to claim a first victory since lifting the trophy in Prague six years ago.

“I’m just working hard, really,” he told europeantour.com. “I’m not getting any younger so it’s a case of just deciding what you want to do, and what I want to do is play golf.

“It’s a case of working really hard to get back to playing decent again and contending, which is what I’m doing now and it’s great. I was really happy with the way I’ve been playing recently, it’s just a case now of getting match fit towards winning tournaments again, which I’m doing, getting better all the time again.

“I played nicely today, have played good for three rounds. Tomorrow is the most important day, so tomorrow is the day I need to produce my best golf if I’m going to win. There are a lot of guys up there. I just need to go out there and play as well as I can play.”

Donaldson made his fifth birdie of the day on the last to go alongside three bogeys and move him ahead of Scot David Drysdale, Englishman Marcus Armitage, Belgian Thomas Detry and Finnish pair Kalle Samooja and Sami Valimaki.

Drysdale also birdied the last as he got up and down from the putting green in a round of 68 and a win on Sunday would come in his 509th event, matching the longest wait for a first European Tour victory alongside Englishman Malcolm Mackenzie’s triumph at the 2002 French Open.

“Obviously, I’ve been out here a long time, I haven’t won,” Drysdale said. “I won a couple of tournaments on Challenge Tour.

“I remember Malcolm Mackenzie’s win at Paris National. I don’t believe in fate, but it would be nice if it happened.”

English pair Jordan Smith and Callum Shinkwin and Scot Robert MacIntyre were in the group at 12 under, with 26 players within five shots of the lead.