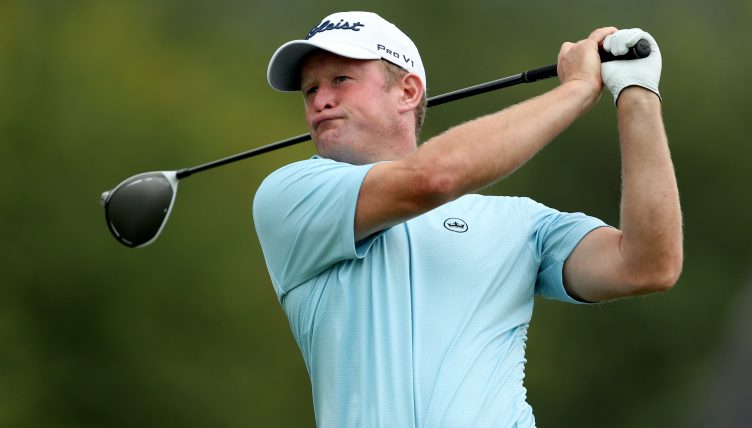 Ryder Cup hero Jamie Donaldson claimed a share of second place as Valderrama continued to provide a major-style test in the Andalucia Masters.

Donaldson, who secured the winning point for Europe at Gleneagles in 2014, added a 69 to his opening 72 to finish one under par alongside Scotland’s Connor Syme and Spain’s Pablo Larrazabal, with American John Catlin setting the pace on three under.

Catlin, who was withdrawn from the English Championship last month after breaching the European Tour’s Covid-19 protocol by visiting a local restaurant, birdied two of his last three holes to add a 70 to his opening 69.

Just four players are under par after 36 holes, with South Africa’s Wilco Nienaber on level par. The halfway cut fell at eight over.

Donaldson, who reached a career-high of 23rd in the world rankings in 2014 but began the week 423rd after almost five years without a win, said: “I’m very pleased.

“It’s a battle out there on the best of days. Even when there’s no wind blowing here it’s still difficult. It was blowing 30 (miles per hour) yesterday and probably 20 today.

“It’s very difficult, you’ve got to be very patient out there. I’m happy with the position I’m in.

“I didn’t play a lot of golf (during lockdown). I played four weeks in a row on the return and you get to my age (44) and need a bit of a rest. Had a lovely time in Anglesey with the family, it’s a case of resting up and getting ready for another big run.”

Larrazabal carded four birdies and three bogeys in his second round of 70 and said: “I’m grinding well. Actually I didn’t play my best golf today.

“I’ve played very poorly in the UK Swing, and I didn’t play any good today, but I hung in there, making pars.

“I’m happy with the fight, with the mental work I’ve been doing the last couple of days, and I’m happy for the result.

“I would love to play not only this week, but all season, with yesterday’s wind and this golf course. That’s when I keep missing shots, but I keep grinding, and other people hit worse shots, so we kind of level our games.”

Syme again finds himself in contention for a maiden European Tour title after holding a one-shot lead after 54 holes of the Celtic Classic before finishing third and sharing the lead at the same stage of the following week’s ISPS Handa Wales Open, only to slip to eighth at Celtic Manor.

“I’m pretty pleased to be honest, it wasn’t easy again,” Syme said after his 72.

“The wind was probably a little less than yesterday but still equally as difficult. I probably wasn’t as sharp around the greens, got a couple of bad breaks, but that’s just going to happen to you to be honest.”