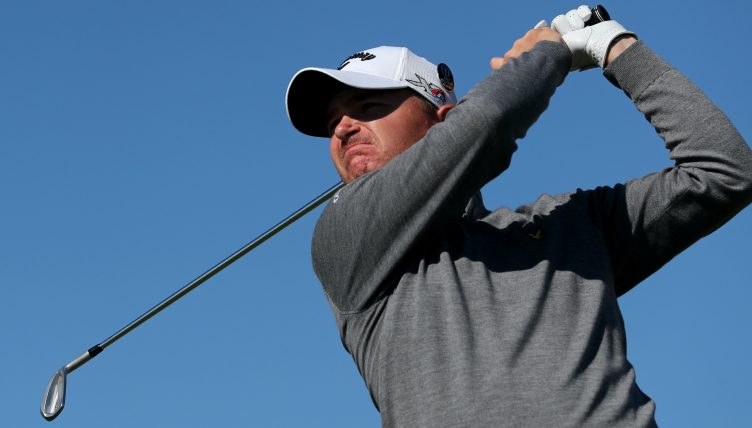 England’s James Morrison booked his place in the next stage of the weather-affected Cyprus Showdown with a superb 63 at Aphrodite Hills.

Morrison had his sights on the second 59 in European Tour history after covering his first 10 holes in eight under par, but could only cover the remaining eight in level par to finish 11 under alongside American Johannes Veerman.

Former Ryder Cup winner Jamie Donaldson was 12 under par with three holes remaining when play was suspended in the fading light following an earlier 97-minute delay due to the threat of thunderstorms.

Under the tournament’s unique format, the top 32 players and ties after the second round is complete will advance to round three with their scores reset.

The top 16 and ties after another 18 holes of stroke play then advance to round four, again with their scores reset, with whoever shoots the lowest score on Sunday claiming the 200,000 euro first prize.

“I always try and go as low as I can go and I putted lovely. I played really well last week and finished 28th and didn’t putt very well. The putting is never far away and today it felt like they were going in from everywhere.

“It was a bit of a funny dynamic because things start from zero tomorrow; you then find yourself wafting it around on the last few holes thinking you’ve made it to the weekend.

“My whole career I’ve always been great around the greens and off the tee but my iron play has been terrible. We always said the minute I can gain in approach play with my irons I can do okay.

“I finished second in approach last week and I’m doing better this week, so Rocky (his coach Robert Rock) has really helped me. It’s only been two weeks but the things we have going are really working.”

England’s David Horsey also safely advanced to round three after adding a 65 to his opening 67 and knows more low scoring will be required over the weekend.

“It’s going to be different because there’s no pressure of being in the lead with it resetting tomorrow and again on Sunday,” Horsey said. “In a way it allows people to be a little more free-wheelie. You know you have to shoot low scores.

“Tomorrow you could probably get through with something solid but on Sunday you need to shoot seven or eight under to win the tournament.”