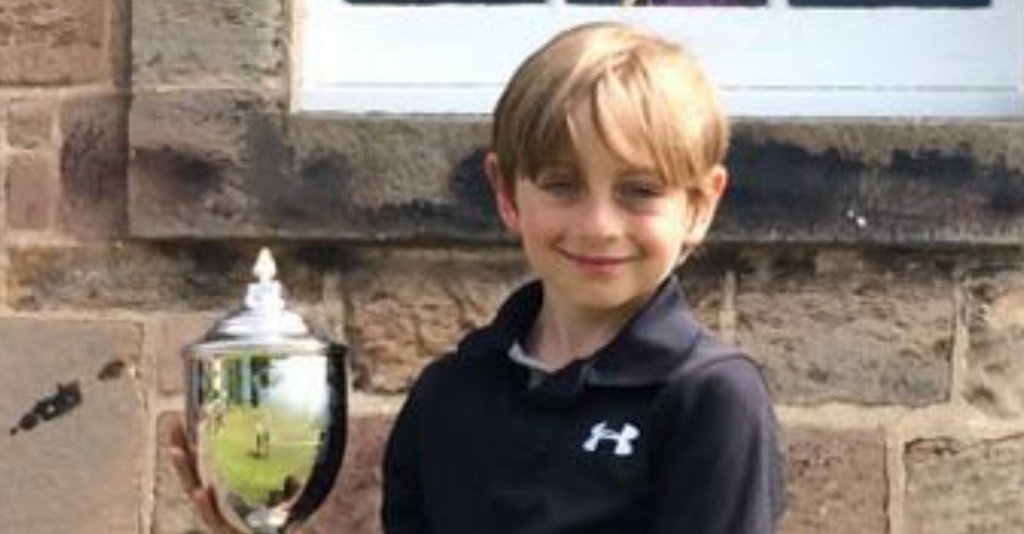 And members at the five-AA Red Star golf club – one of just two in England – were also able to celebrate the achievements of five other juniors, three of whom recorded top-10 finishes in their respective age groups at an event which each year attracts more than 600 of the world's best young golfers from 40 countries.

Jake beat off the challenge of 54 other boys to take his title at Longniddry Golf Club, the closest seaside course to Edinburgh, where he recorded a three-round, 27-hole total of 105, three-under par, to win by one shot from Australian Aarav Shah.

Jake's father, Jeffrey Tober, said: "This summer Jake is going to play in three ‘major' junior golf events in the US: in San Diego, Palm Springs and Pinehurst. The Pinehurst event is the US Kids World Championships at which Jake finished sixth last year in a field of 123 kids."

Stoke Park's head of instruction, Stuart Rank, was delighted with the youngsters' performances and said: "We are incredibly proud of all the juniors' performances in this prestigious event, which attracts some of the top age-group golfers from around the world. Young Jake's win is obviously the headline performance, but we take as much pride in seeing each of them merely participating in such an event.

"There were some excellent performances throughout and it's gratifying to see their hard work at the club is rewarded with improved displays month on month and year on year. And it's not just their parents and the coaches here who are proud of them – I know the members at Stoke Park also take great pride in the progress and achievements of our juniors."

Each member makes a £20 contribution from their house levy to maintain Stoke Park's scholarship programme, with the total amount raised matched by the club. Stoke Park is one of the south of England's leading lights in encouraging and developing junior golf, with a number of other clubs now looking to create and develop their own scholarship programme along similar lines to that of the Buckinghamshire venue.

Set within 300 acres of beautiful private parkland estate in Stoke Poges, Bucks, Stoke Park is only 35 minutes from London and seven miles from Heathrow Airport. Laid out across 300 acres of mid-19th century, Lancelot ‘Capability' Brown-landscaped parkland, the 27-hole golf course was designed by the legendary Harry Colt in 1908.

It is one of just two five-AA Red Star golf clubs in England and the historic land on which it stands is recorded in the Domesday Book of 1086. The historic course played host to the PGA Matchplay in 1910 and, even more famously, the golf match between Sean Connery's James Bond and Auric Goldfinger, in the 1964 film, Goldfinger. It also has a thriving golf club with around 800 active members.

During the winter of 2015/16, every bunker on the Colt course – the first nine holes of the historic 27-hole layout – underwent major renovation to both shape and size, as part of a seven-figure investment in a facelift of the whole course.