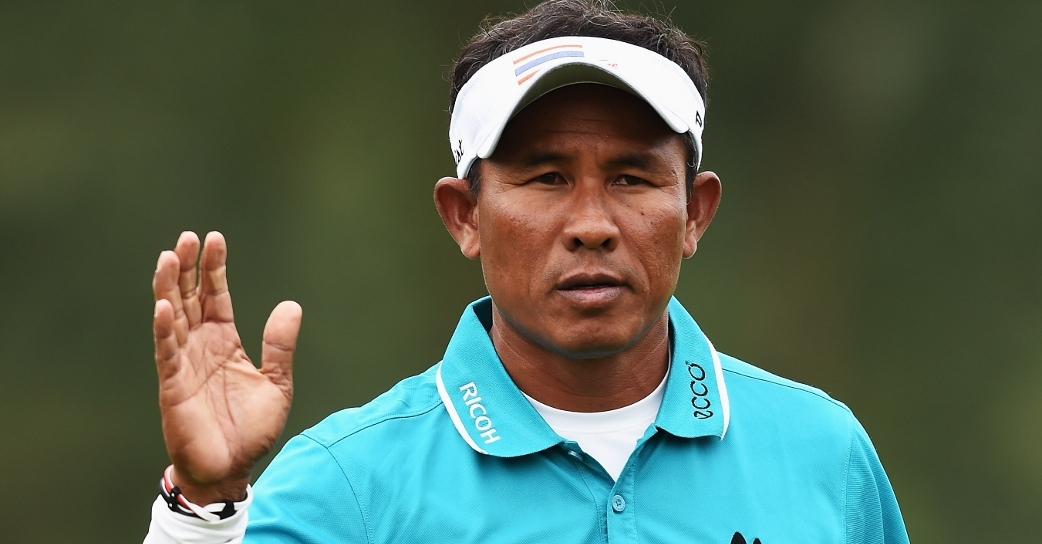 Thongchai Jaidee believes his best years are still ahead of him as he takes aim at the Maybank Championship in Malaysia.

The 46-year-old Thongchai, ranked 33rd in the world, has made it clear he intends to hoist this week's trophy despite the presence of 10 other world's top-60 stars, including Danny Willett and Louis Oosthuizen, assembled at the Royal Selangor Golf Club.

Former Asian Tour Order of Merit champions David Lipsky of the United States, Thaworn Wiratchant of Thailand and Jeev Milkha Singh of India will also feature in the newest event sanctioned by the Asian Tour and European Tour.

Thongchai, the only player to win three Asian Tour Order of Merit crowns, said he is still focussed on winning golf tournaments and qualifying for the Olympics in Rio de Janeiro later this year.

"I don't worry about my age. My age is not that important. I always look ahead and I always try to win as many tournaments as I can. I like golf. My life is golf. Without golf, my life is nothing. If I lose or win, it doesn't matter because I always enjoy playing golf," said Thongchai.

After shooting eight birdies in the pro-am at Royal Selangor today, Thongchai is confident he can shoot low numbers when the tournament starts.

"I'm very excited to see the golf course. It is in fantastic shape. It is an old golf course with a lot of big trees and you have to keep the ball in play. It is nice to be playing in a new event. There are a lot of strong players this week and it feels nice to be here."