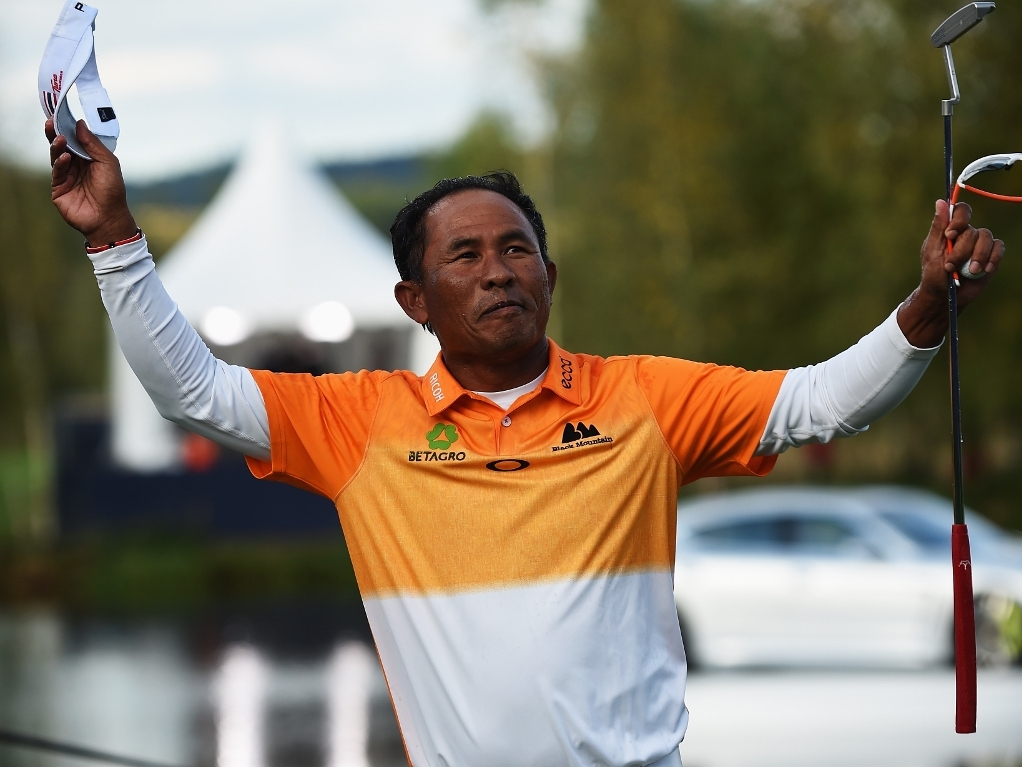 Following his European Open victory in Germany on Sunday, Thailand's Thongchai Jaidee is brimming with confidence ahead of his debut appearance at the Presidents Cup.

Jaidee, whose victory was his seventh on the European Tour, is now looking to maintain his positive momentum while representing the International team against the United States in South Korea next week.

The 45-year-old will is aiming to turn the International team's fortunes around in the Presidents Cup, an event they have only won once since its inception in 1994.

"I am happy to win again at the age of 45. This proves I can still play competitively," he told the Bangkok Post. "I will try to do my best for the International team."

Following the Presidents Cup, Thongchai will resume his European Tour campaign, starting at the Macau Open on October 18 concluding his season at the World Tour Championship in Dubai from November 19.